DYSKINESIA: An Unwelcome Side Effect - PMD Alliance
Hit enter to search or ESC to close

DYSKINESIA: An Unwelcome Side Effect

By WebmasterFebruary 20, 2020 No Comments

Adamas Announces Publication of the Two-Year Phase 3 Open-Label EASE LID 2 Trial of GOCOVRI® for Dyskinesia in Patients with Parkinson’s Disease.

Sometimes the dyskinesia is worse than having PD. My arms flail around with a life of their own. Other times I can’t stop rocking. It’s embarrassing.”  — Gracie

“I can’t talk to John on the phone anymore. His dyskinesia makes his head turn from side to side so much. I only hear half of what he has to say.”– Maria

“I’ve had well-meaning friends tell me that I should take more medication so I don’t move so much, but it’s just the opposite. It’s the medication that causes my dyskinesia.” — Michael

According to studies, nearly 90 percent of people with Parkinson disease will experience dyskinesia within 10 years of beginning levodopa medication use.

Dyskinesia is an abnormal, uncontrolled, involuntary movement that often occurs with long-term levodopa use. As Parkinson disease progresses, dyskinesia can affect any body part – arms, legs, and head. It can look like fidgeting, rocking, twisting, writhing, swaying, making faces, and head bobbing. Some people with advanced PD experience abnormal involuntary eye movement as well. In some instances, irregularities of respiratory rate beginning 80–90 minutes after levodopa ingestion have been reported.

Dyskinesia is a side effect of levodopa. It most often increases along with increases in medication dosage. People with PD can unpredictably transition between dyskinesia and being OFF and periods of ON throughout the day. It may cause a loss of balance and make it difficult to dress and feed oneself. In some it can be mild and manageable, and in others it can contort facial expressions and make speaking difficult. Sometimes it can be painful too.

Dyskinesia can negatively impact a person’s ability to engage in physical activity, socialize and work.  The uncontrollable movements alarm some people while uninformed observers may think the person with dyskinesia hasn’t taken enough medication. Others may assume they’re under the influence of drugs or alcohol.

Levodopa, the essential component of carbidopa-levodopa medications like Sinemet and Rytary, makes it possible for people with PD to move more easily. If dyskinesia becomes too severe, a reduction in levodopa may be necessary. Unfortunately, reducing levodopa may diminish dyskinesia but at the same time worsen motor performance.

Most important, talk to your doctor. Bring the topic of dyskinesia up at your support group meeting. Ask other people with PD what they do. You’re not the only one. There are people who want to help you. There are people you can help. Seek them out. 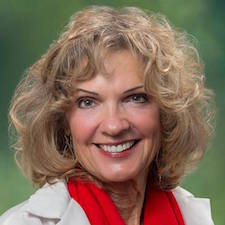 Sherrie Gould, MSN, NP-C
A nurse practitioner currently working at the Scripps Clinic Movement Disorders Center in La Jolla, CA. Her passion and patient population is Parkinson’s and she is an expert DBS programmer and national speaker on the subject. 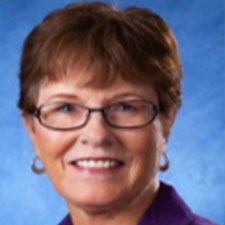