Pedaling for Parkinson’s: Making a Difference in Living Better with Parkinson's - PMD Alliance
Hit enter to search or ESC to close

Pedaling for Parkinson’s: Making a Difference in Living Better with Parkinson’s

In a typical hot and humid mid-America summer, Dr. Jay Alberts guided his tandem bike across Iowa along with thousands of others that turned out for the 2003 Register’s Annual Great Bike Ride Across Iowa (RAGBRAI, pronounced:  rag br-i).  On the back seat, a long time friend accompanied Alberts, and as the days wore on, they noticed something peculiar. Her normally cryptic and illegible handwriting had improved dramatically and she reported feeling good — like she didn’t have Parkinson’s!

Alberts mentioned the incident to a colleague living with Parkinson’s. Intrigued, his colleague joined him, riding on the back seat at the next RAGBRAI. But he would ride with his Deep Brain Stimulation (DBS) system OFF.  Just as in the previous year, his motor symptoms subsided substantially, not having to turn his DBS back on for several days. 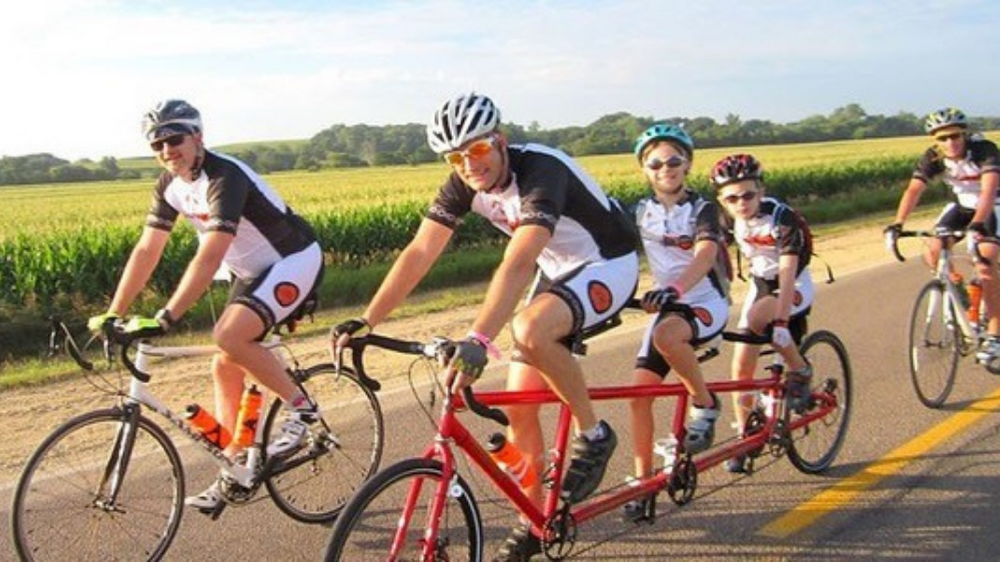 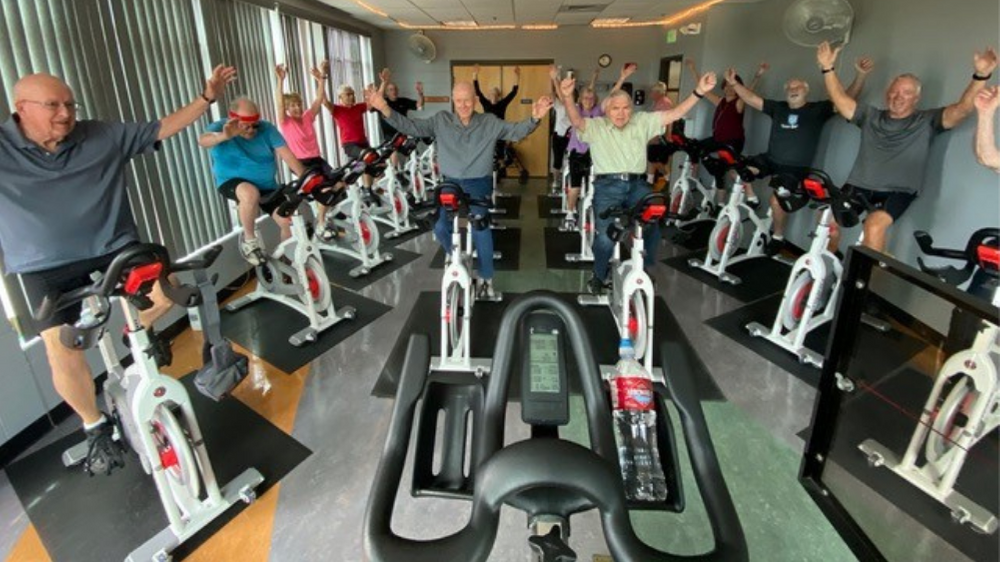 Peddling For Parkinson’s Class at the APEX Parks and Recreation District, Arvada CO.

The phenomena spurred a series of studies on the benefits exercise provides for people with Parkinson’s.  As the theory was proven successful with laboratory mice, Alberts went the to next step, inviting participants to ride 3 days a week, for 8 weeks.  The results again proved successful, showing as much as 35% improvement in their Parkinson’s-related symptoms. So compelling, it effectively reversed the long held idea that rest was best.

Lab-based studies continued showing that high-intensity cycling was reducing motor symptoms and appeared to slow disease progression. Alberts recognized the need to test the theory in a community setting to understand how a structured program could be applied in a cycling studio. Though indoor cycling classes were starting to appear in YMCAs beginning in 2014, the theory was still based on 8-week sessions and had not considered a long-term, consistent exercise schedule.

In April 2019, Anson Rosenfelt, DPT, Cleveland Clinic, commissioned a study that would follow five existing Pedaling for Parkinson’s groups in Washington and Colorado, examining the effect of a program in a “real life” classroom environment.  The study also considered how typical daily challenges and obstacles, such as periodic attendance and short term absence, might impact the results. The study concluded in March 2020, just before the COVID-19 pandemic exploded and recreation facilities were shut down.  Preliminary data appear to be consistent with previous clinical results.

In June 2019, Alberts was also awarded a $3 million grant from the National Institutes of Health (NIH) to further study the long-term impact of high-intensity aerobic exercise on Parkinson’s disease progression. The study will recruit 250 Parkinson’s patients who will be randomized with some engaging in high-intensity home exercise on stationery indoor bikes, while UCC participants will go about their daily lives.  The exercise group is required to exercise three times weekly for a year. The clinic will evaluate each participants motor and non-motor function upon enrollment, and at 6 and 12 months.

Participant activity levels will be monitored and their exercise performance data will be used to determine whether a certain level of exercise can actually be shown to slow Parkinson’s progression. A positive determination would enable clinicians to make specific exercise recommendations to patients and empower patients to play a more active role in disease treatment and management.

If the trial shows that Pedaling for Parkinson’s can indeed slow the progression of Parkinson’s, the more than 150 existing community cycling classes could be upgraded and implemented in new communities across the country and around the world.

The Pedaling for Parkinson’s program is a form of “Forced Exercise” on indoor stationary bicycles. Participants ride for 1 hour that includes a 10 minute warm up at 60 RPMs, followed by 40 minutes at speeds between 80 and 90 RPMs.  Protocol includes a 10 minute cool down.

To learn more about how Pedaling for Parkinson’s can help you, sign up for an online class, or join a local group at a facility near you, visit www.pedalingforparkinsons.org

Register for PFP class near you!