Together, They’re Embracing Parkinson’s with Grace - PMD Alliance
Hit enter to search or ESC to close

Together, They’re Embracing Parkinson’s with Grace

By Ashley AstiJanuary 4, 2022 No Comments

Years before Nancy’s husband, John, was diagnosed with Parkinson’s, she found out her pediatrician had the disease – and that shaped the story she would tell herself about PD for years. When her pediatrician gave her the news, she says he looked fine and said he was fine. But when she and her mom got in the car after, her mom turned to her and said, “Nancy, Parkinson’s is a terrible, horrible, awful disease.” And so it was – a beast in her mind. 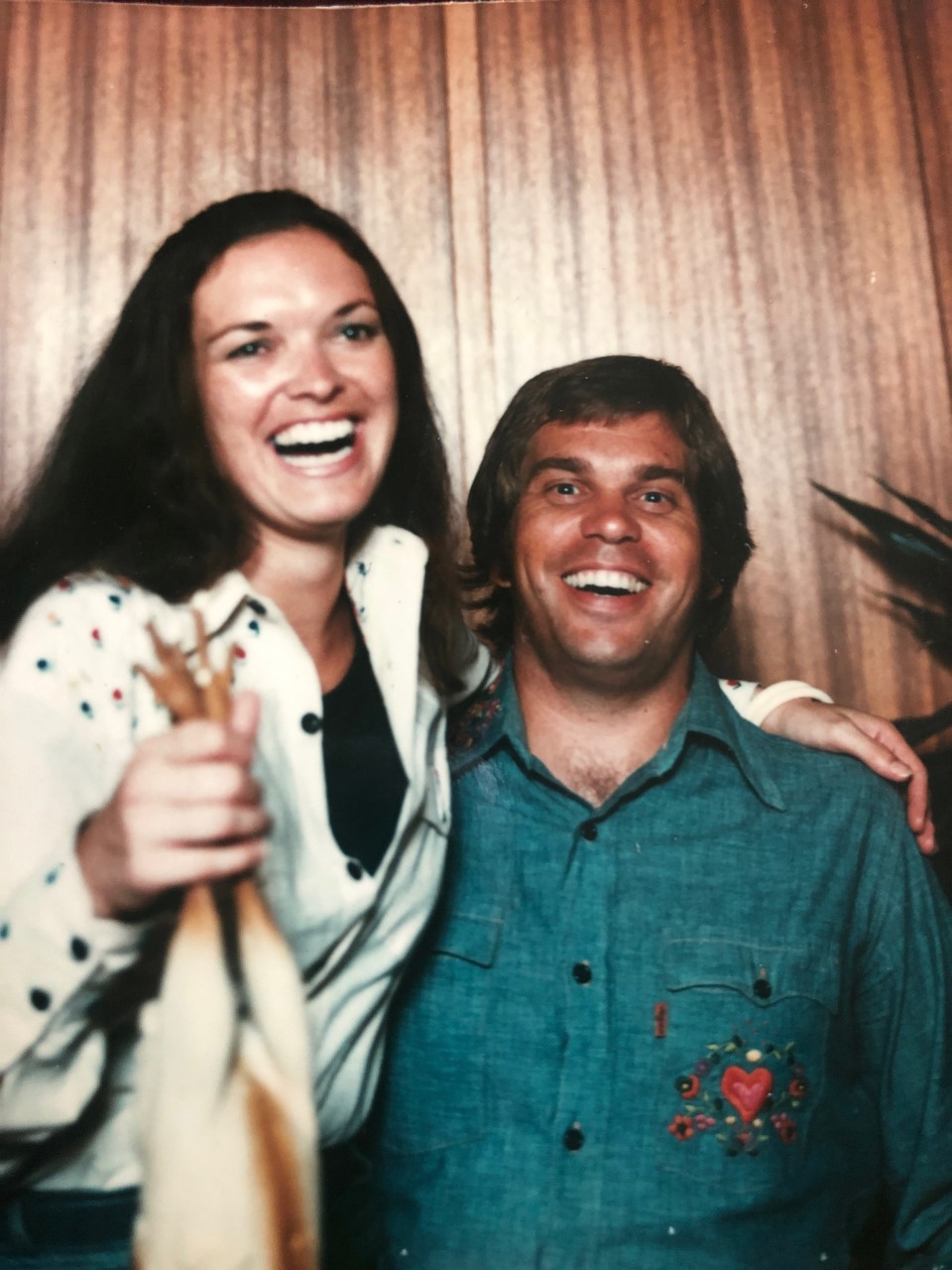 And, so, when her husband John was told he had Parkinson’s in 2005, over three decades after they were married, Nancy cried. “I was incredibly depressed when he was first diagnosed,” she told me. “I was 55 and, suddenly, what we dreamed and what was actually going to be felt completely different.” She remembers spending an afternoon with her first grandson, 18 months old and precious, shortly after the diagnosis and realizing, partway through the day, that she wasn’t enjoying any of it. “I was overwhelmed with sadness,” she told me. She was mourning the future she had imagined and the unasked-for hand they had been dealt.

In that moment, Nancy realized she needed to make a different choice. “I got into therapy and worked really hard,” she said. “Intense, long sessions.” And that’s when she had her aha moment. Her therapist asked her, “When you hear the word ‘Parkinson’s,’ what do you think?”

“And where did you get those words, Nancy?” her therapist asked.

That’s when it hit her: all those years ago in the car with her mom – she had believed her mother’s understanding of Parkinson’s and made that story her own.

Parkinson’s Is What You Make of It

Since then, Nancy has a new take on the disease. It’s not easy, no. As she told me, on this path, “it’s as if John has had to climb the Mt. Everest of PD twice.” There have been 18 hospital stays over the years, one instance when his heart stopped for 12 seconds, another when he couldn’t breathe. And, in 2014, John was diagnosed with Parkinson’s dementia. This time, he wept when he found out. But Nancy is certain “Parkinson’s is not good or bad; it just is. It’s how you choose to define it.” After all those therapy sessions and after taking her cue from John, who has shown her his strength and resilience and who has chosen not to indulge in anger, she’s realized that “Parkinson’s is not something that’s being done to you that makes you sad; you get to choose how you want to be in the moment.” Nancy calls this new awareness “eye-opening.”

Flowing with the Changes

Nancy, who’s now a Support Group Leader and who has participated in multiple Parkinson & Movement Disorder (PMD Alliance) group leader trainings, recalls being asked in another group to write a letter to herself expressing what she misses about her spouse – what used to be. She began writing about missing his strength, missing how he could fix anything, missing his creativity (John was an architect and artist). And then she stopped – “But he’s still strong,” she realized. “He’s shown me his strength in how he lives with Parkinson’s. And he’s so creative in how he’s chosen to live.”

In fact, Nancy insists John’s art has evolved over time to express something new and beautiful. When his motor skills shifted so he could no longer sign his name on his creations, he found new ways to mark his pieces. “He developed a fluidity,” she told me, as if he’s allowed his art to sway with the shifts in his body, suggesting grace instead of resistance. “We eventually did paint boxing,” she said, where John would dip boxing gloves in various paint colors and “have at it” with a canvas. 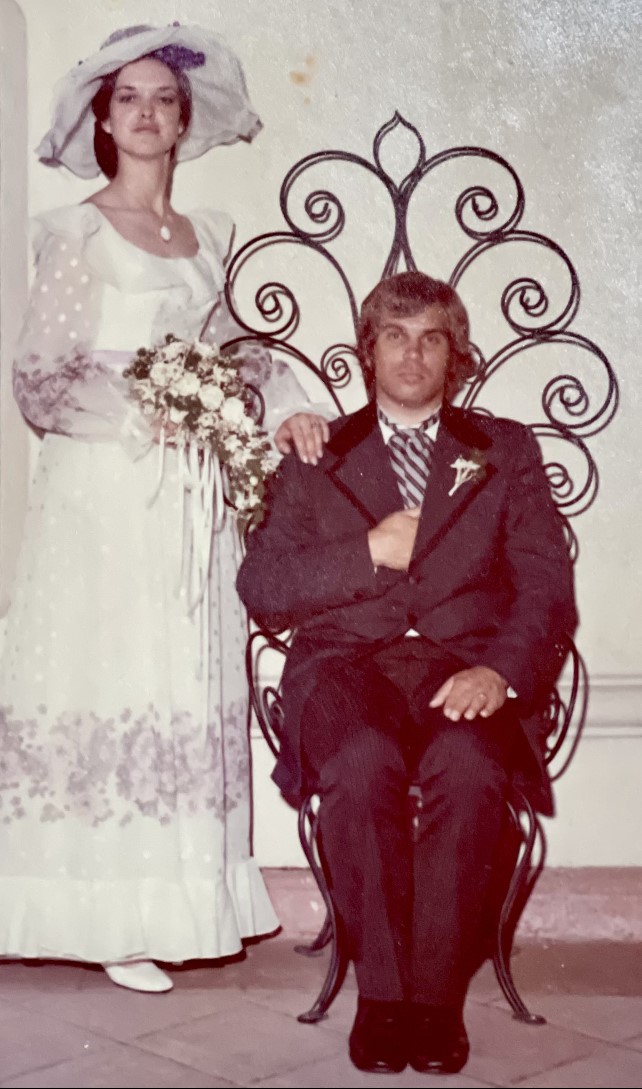 Nancy and John at their wedding 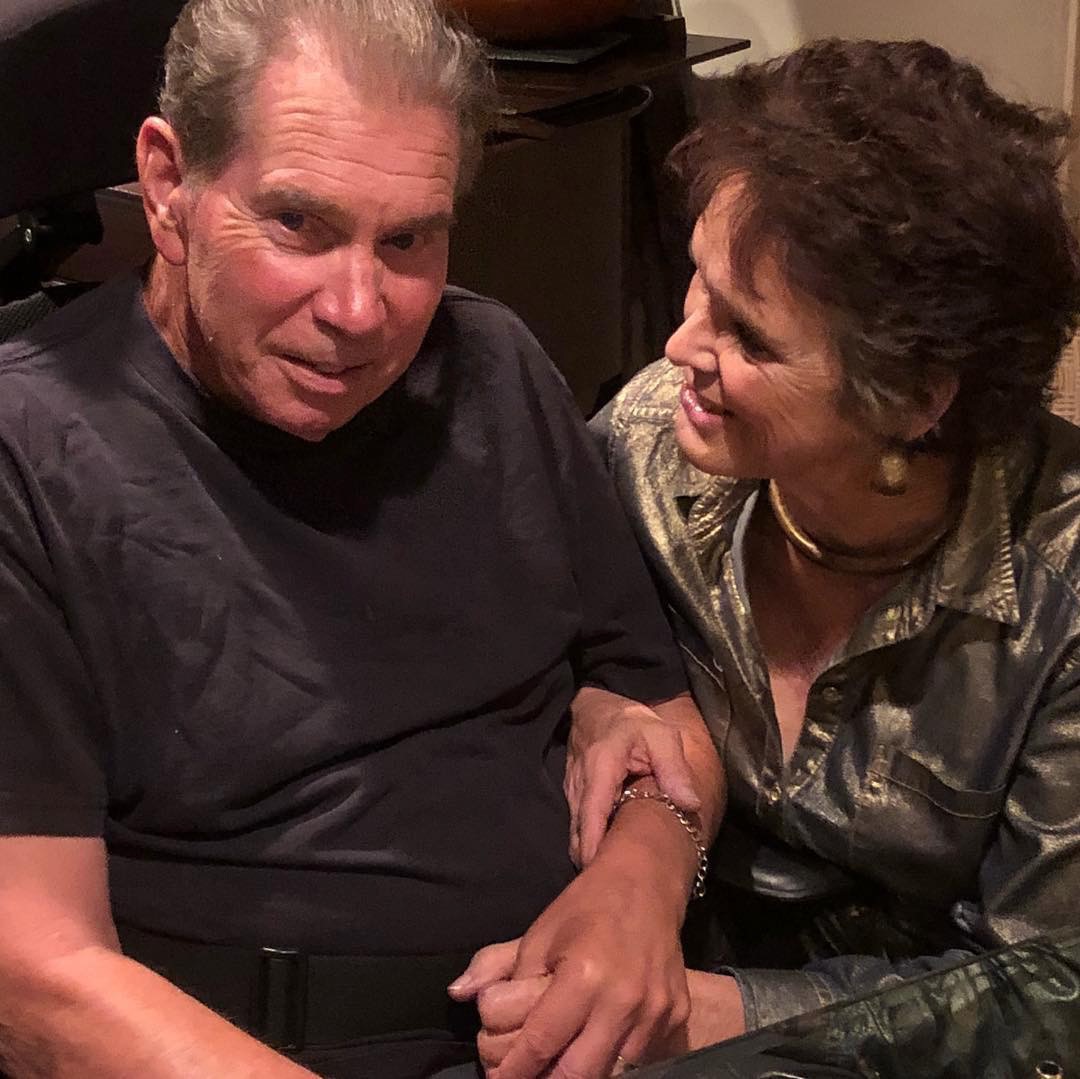 I wanted to know what Nancy has learned about love and partnership over the past two decades of navigating PD together. “It is an honor to be with my husband at a stage of life others don’t always get to experience with another person,” she told me. She describes a sort of ease with approaching change, the way they have openly talked about his end-of-life wishes. The way they have moved with the changes, like moving with the seasons – as his speech has shifted and speaking isn’t easy and or as they’ve adapted with a feeding tube for John for a couple meals a day. “We’re discovering new normals together,” Nancy said. Discovering what quality of life means, what they value. “Normal is whatever you are living at the time. Normal changes.”

Towards the end of our conversation, Nancy and I started talking about gratitude. “PMD Alliance has been hugely helpful,” she shared. “It’s kind of like having a friend next door – you’re right there. In fact, it’s like PMD Alliance intuits the needs of those on the frontlines in the moment. It’s as though you have your finger on our heartbeat.”

Nancy also shared her gratitude for John, from whom she says she has learned so much – “He has been my catalyst.”

We had talked for an hour and Nancy had to quickly run out to take John to an appointment. But she insisted on adding one more thing before we hung up.

“You know,” she told me, “when I got your email asking me to share our story, I read it to John. He cried with glee. Happy tears.”

“See,” I told him, “You’re still making a difference.”

Listen to Nancy lovingly read this story to John:

PMD Alliance · Together, They're Embracing Parkinson's with Grace
lock.
Click edit button to change this html