YOPD and Questions of the Heart

“Will anyone ever love me again?”

Her words caught me and I held still in my chair.

My attention had repeatedly turned to her even before she spoke that sentence. I noticed the floor-to-ceiling bookshelves behind her, filled with books and the dangling vines of plants that curled down the shelves. I noticed how animated and charismatic she was and how at home with herself she seemed.

I was sitting in on a PMD Alliance supportive online community for people with Young Onset Parkinson Disease (YOPD). She was talking about her moment of diagnosis, at 38 years old. And she struck me with her vulnerable question: “After I was diagnosed, I thought, will anyone ever love me again? Will anyone want to date me?” She had touched something real, hitting on that deeper and universal question: am I wanted? Am I worthy just as I am?

Weeks passed, and I couldn’t get her or her question out of my mind. I wanted to know her love journey. I remembered her name and sent her an email: can we talk? 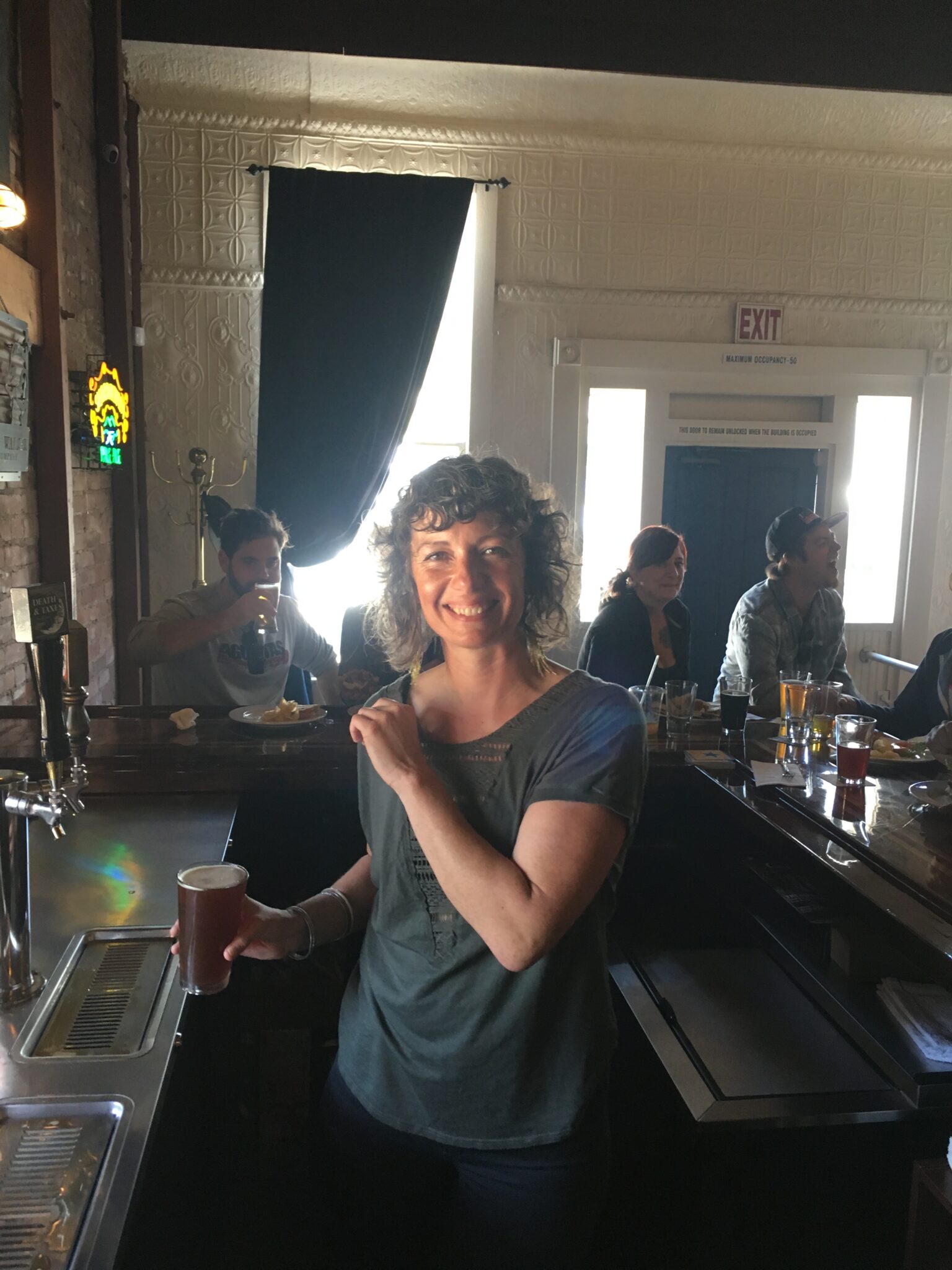 Jennifer Sullivan at her restaurant

Coping with a YOPD Diagnosis in Her Thirties

Jennifer Sullivan is the kind of person who makes you feel at ease in her presence. Six months before noticing her first Parkinson’s symptom—a tremor when she reached for things—she had opened a pub. It had been her dream: “I wanted to create a space that felt nurturing; I love taking care of people,” she told me. “I love to be the host, where people can have a good time and let go of their worries.” She had moved north from the Bay Area to Mendocino, was in this beautiful, rural place doing the work she dreamed of, and describes being at the sweet spot in her life.

And that’s when she was diagnosed with Parkinson’s.

“I was like, oh, my God. I’m 38 years old and I just finally hit this dream place,” she said. “It felt like the world was opening for me in one part of my life, but then in the other, it was closing.”

At the time, she was in a relationship, but it fizzled. This breakup piled onto a past filled with what she called “one failed relationship after another.” She felt like life had come “raining down” on her at once. She didn’t know what was ahead and, suddenly alone, she was afraid what it would be like to walk this Parkinson’s path by herself.

That’s when her dread rose and she couldn’t help but worry: will anyone ever love me, again?

“It’s a very real feeling, I think, for all of us,” she said, “whether you have Parkinson’s or not, because even prior to my diagnosis, I had these back-to-back failed relationships. And it was like, ‘Am I too smart? Am I too this, too that? Am I too opinionated?’” She was stuck in a cycle of trying to slender herself, amend herself, analyze herself in order to be what she thought was palatable to a mate. With her Parkinson’s diagnosis, she felt like her impulse to focus on her fears, “on the negative,” became overwhelming. Her train of thought kept leading her to, “This is all going to end very badly.” She needed support.

Jennifer entered cognitive behavioral therapy with a therapist who really clicked with her and she began to hold space for the positive in life, too, rather than immediately diving into what she calls “the gutter.” She also began to reimagine her desire for love. “I started to make peace with solitude,” she told me, acknowledging that if she was meant to be alone, it would be okay, while still holding out hope. “I tried to get comfortable with the reality, but also not give up. You just never know.”

Before Parkinson’s, Jennifer liked to play with fire. “The men I dated in the past,” she told me, “I call them soul stirrers. They rock your world and stir your soul and you have this big bonfire of passion and emotion, but then it quickly burns out in a painful way.” She wanted what she called a “legendary romance,” one that “goes down in history, like the greatest love of all time.”

She laughed before saying, “I didn’t realize I was dooming everybody to fail.” Legendary is a big word to live up to.

Her therapist had a different idea for her. Rather than try to stoke the impossible flames of an epic love, why not imagine a long-lasting, beautiful tea candle, a love that could endure.

The intention was set. 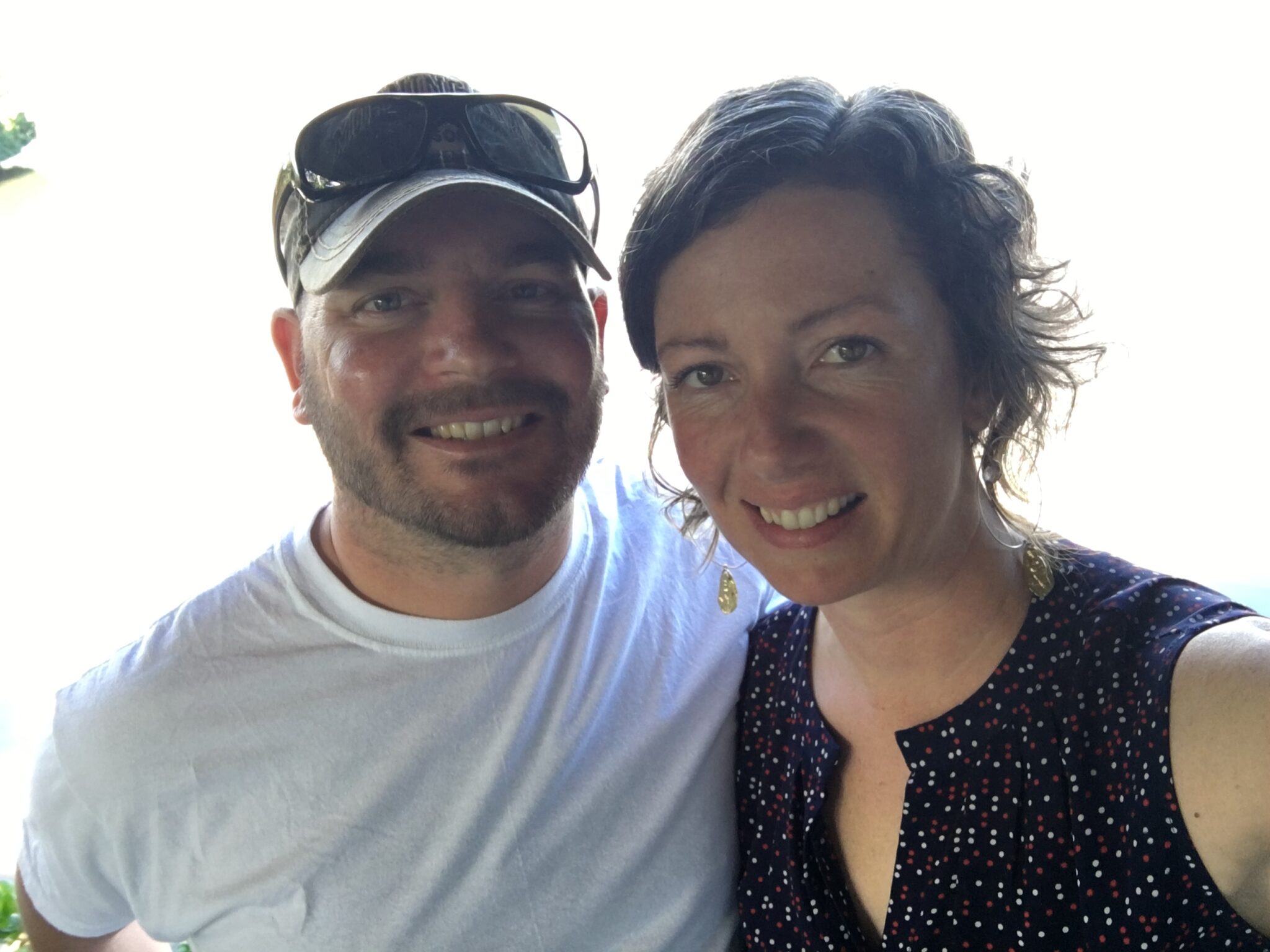 Shortly after Jennifer was diagnosed with YOPD but before her previous relationship ended, a customer at her pub left her a curious note on the back of his receipt: “It was an invitation to get out of the small-town world and do something in the city together,” she said.

Even though she was in a relationship at the time, she liked the guts it took him to ask. She sent him a text just to say she was seeing someone else, but she appreciated that he went for it.

Four months later, Jennifer found herself single again. She remembered the note, which she had saved, and gave him a call. “It was January, we went to a Thai place,” she said of their first date. Dating wasn’t really on her radar, but an opportunity had opened and she stepped through the doorway.

By the time she and the note’s sender, Brian, shared Thai food on that winter evening in January, she had already told him she had Parkinson’s. “I was very upfront with him,” Jennifer told me. She admits “it’s a hard conversation to have,” and, in the back of her mind, she was still worried nobody would love her with PD, but she had the courage to lean into the hard conversation. After working with her therapist, she realized, “I wanted somebody to love me for who I am and so I was like, this is me. You’re either going to like it or not.”

“Brian didn’t even bat an eye,” she told me. She described the beauty of encountering someone who is “so genuinely wonderful” that they see you, all of you, and accept you for who you are. She believes that you’re most ready to encounter love when you’re finally able to show up as your full self, no hiding.

Life still wasn’t a fairytale. In the face of her diagnosis and, eventually, the loss of her pub (a truck crashed into the building), she had moments where she asked, “Why me?” And “Why now?” But she started to realize that life is about resilience: “We’ve got to keep dusting ourselves off” and rising again. “It feels like a never-ending thing in love, in work…but through it all, I’ve learned that I’m one tough mama.” She laughed.

“I’ve persevered, I’ve had a lot of obstacles. It’s easy for us to forget what our accomplishments are. But when I take a look back and see the path that I’ve gone down, I’m still here.” She paused to reflect for a moment. “You know, I feel really proud of where I am and how I’ve gotten here despite how challenging it has been and how many heartbreaks, despite all the lows and the highs that came along with it. Yeah, I’m a tough lady.”

Jennifer ended up marrying Brian, the customer who left the note on the back of his receipt. A perpetual nurturer and giver at her restaurant, Jennifer has learned “how wonderful it feels to receive…If I can’t move off the couch and he’s with me, he’ll go get my medicine for me. Or he’ll go to the store for me just to get me cookies…He’s just so easy going and sweet. It’s reassuring to be in a situation where you don’t feel like you’re burdening someone.”

I wanted to know what she most loved about Brian. She immediately responded with, “His patience…he’s incredibly patient and I don’t think he knows it.”

After all those years of chasing the quick flame of a bonfire love, she has found herself at home and nourished by her partner’s patience. What a revelation.

“Honestly,” she said, “he’s the greatest man I have ever met.” 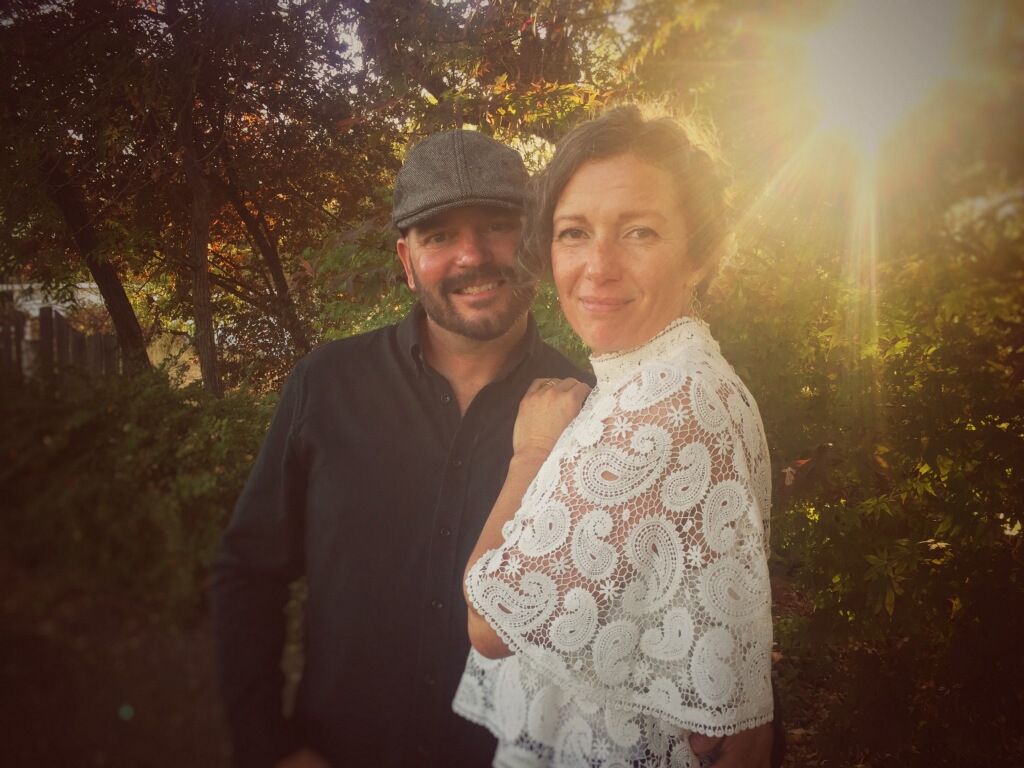 Jennifer and Brian on their wedding day

Gratitude Despite it All

These days, Jennifer continues to cultivate gratefulness and practice noticing life’s beauty, rather than fearing the unknown or focusing on the negative.

“I really take every single day for what it is and notice how special and amazing this one single day is.” She paused to look out her window. “Like today, it’s beautiful outside right now, there’s a little bit of rain and I just really think about being in this moment…Life is short, and I just don’t want to feel sad or angry or hurt or heartbroken anymore. I want to find a way to cherish each day.”

As she considered her gratitude, she pondered: would she have gone out with Brian if Parkinson’s never entered her life? Would she have learned these life lessons? Maybe, maybe not, she thinks. Referring to her daily practice of noticing life’s beauty and opening to unexpected, enduring love, she added, “I feel like Parkinson’s kind of awakened that side of me.”

Today, Brian’s receipt still hangs on her refrigerator. A reminder of life’s unplanned surprises and her undeniable worthiness: she is loved.

Check out the YOPD booklet everyone is talking about!

Hear Jennifer tell her love story in her own words in this full conversation with PMD Alliance staff, Ashley Asti. 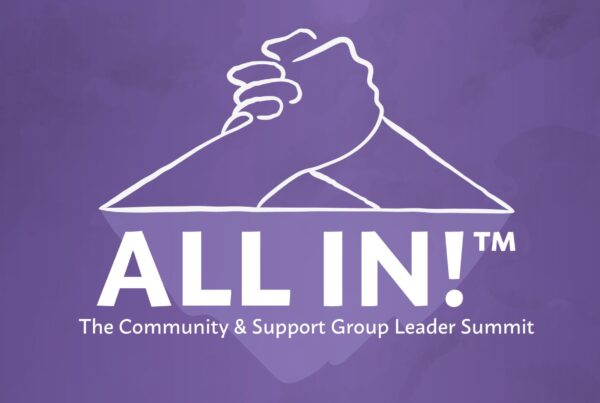 My Family and the Summit 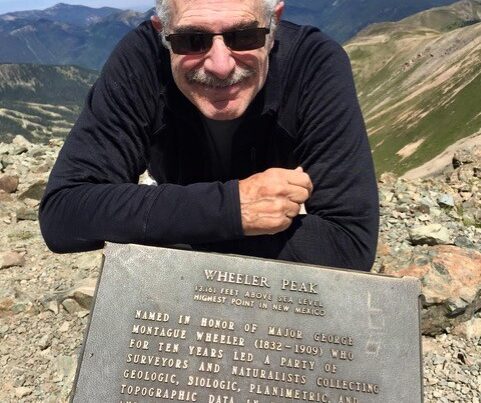