Soania Mathur was 27 when everything changed.

She was living a full life. She had just started a full-time family medical practice in Ontario, had moved with her husband of three years from a small town to a new condo in a big city, had a bustling social life, and was expecting her first child. Everything in her life was blooming.

But there was that little twitch in her pinky finger. It was intermittent, so she ignored it, until it became more persistent and her husband, also a physician, finally encouraged her to get it checked out.

In between patients at her busy practice, she zipped over to the neurologist on staff for a quick examination. It didn’t take long: he cut to the chase, telling her, “I think you have young onset Parkinson disease (YOPD).” 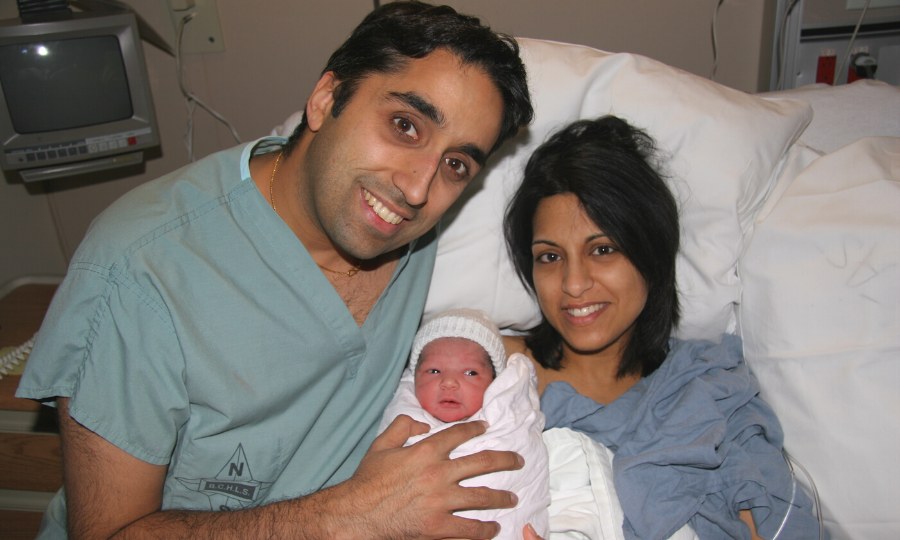 It Can’t Be YOPD

At first, Soania didn’t believe him. “This couldn’t possibly be true,” she thought. In fact, she remembers being upset that she had entrusted him with her patients in the past, now realizing that he couldn’t be very good at his job if this was his take on her tiny tremor. But he offered to refer her to one of the best movement disorder specialists in the country, and she accepted.

A few months later, as Soania prepared to give birth to her first child, the specialist confirmed: it was YOPD.

The First Stage of Grief: Denial

For nearly a decade, Soania tried to ignore the diagnosis. She dove into her work. She gave birth to two more daughters. She and her husband built a new home and she built up her family practice. “Intellectually, from a medical perspective,” she explained, “I accepted it. But, emotionally, I couldn’t accept it.”

Even as she tried to look away, her life felt colored by her diagnosis. “There was always this cloud hanging over my head, impinging on all the joyful moments I thought I should be experiencing at the time.” She found herself mired in pervasive fear: “Would I be able to take care of my newborn in the same way?” she wondered. “Would I be able to keep up with my kids as they grew older?” “Would I be there for their milestones?”

In the haze of her fear and without psychosocial support from her care team, she began to dislike the person she was becoming, “more of a half empty kind of person,” she said, “as opposed to the half-full, optimistic person I was before.” She knew her mindset had to change.

How Does Parkinson’s Impact Pregnancy?

In the textbooks Soania studied in medical school, the face of Parkinson’s wasn’t hers: it was a White, older male. As a young woman, giving birth, raising a family, balancing a work life, she presented questions her doctors weren’t prepared to deal with. “We still aren’t,” she said.

“No one really knew what to do with me,” she explained. Every pregnancy was handled differently, with no established guidelines for expecting mothers with PD or even research to understand the impact of pregnancy on her symptoms, on what to expect during delivery, or the effect on her gestating children.

With no guidance other than her own intuition and medical degree, Soania chose to avoid as many of her PD medications as she could during pregnancy. Her symptoms got worse and, after each pregnancy, would improve slightly, and she couldn’t quite tease out whether the intensity of symptoms was due to the drawback of her medications or the impact of pregnancy itself. There was no research to confirm either way. 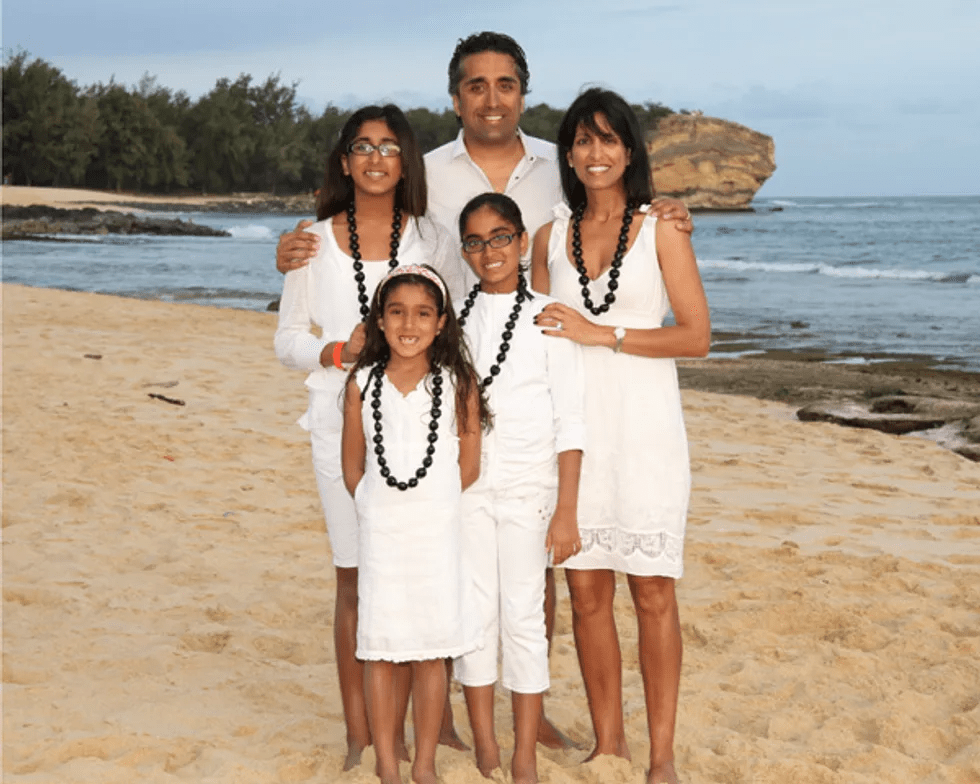 Clinical Science: A History of Inequality

The history of medical research is almost entirely male: male subjects, male researchers, male-dominated data. This means that any progress made in the medical field in the past 150 years has been based almost entirely on male biology and the male experience. We are far too diverse a population to rely on such singularly-focused data. Who are we leaving behind?

In fact, it took until 1993 for Congress to mandate the adequate inclusion of women in National Institutes of Health (NIH) clinical trials and to lift the guidance previously banning women of child-bearing potential from participating in early phase research. For Soania and other women facing a chronic disease and craving to have a family, this was personal.

For as long as she can remember, Soania wanted to be a doctor. From a young age, her parents taught her the importance of service and charity and, so, she envisioned herself practicing medicine, in a career that called on her to give back, and with a family filled with kids. This was her dream.

And, for a time, she was living it: Parkinson’s on the back burner, her family and professional life in full gear. But, over time, her nonmotor symptoms like sleep disturbances and anxiety became overwhelming. Just to keep up at work with her ever-growing practice, she started overmedicating in order to function, to give immunizations, and to do physical exams. “I was running myself into the ground,” she said.

After twelve years of leading her beloved practice, she had to step away.

Soania felt the pain of being forced to give up something she loved. “Medicine became very much part of who I was,” she said, “consuming not only my physical time, but my mental time…When things are taken away from you not by choice but because they have to be, it’s a difficult pill to swallow.”

For the first few years after leaving her practice, she grappled with her sense of purpose and meaning and found herself missing getting to do what she had always dreamed of doing.

Eventually, her loss transformed into purpose.

Raising the Voices of Women with Parkinson’s

Today, Soania is active in Parkinson’s work: in charity, writing, speaking, and advocating. Along with other female physicians and advocates, she recently co-authored a paper titled, “Unmet Needs of Women Living with Parkinson’s Disease: Gaps and Controversies.”

Together, these advocates are uplifting the voices and experiences of women with PD at all stages of their journeys, calling on the Parkinson’s medical field to include women in drug, device, genetic, and hormonal considerations. As more women and younger women continue to get diagnosed in greater numbers, they want to know: how does PD affect women’s lives, through fertility, pregnancy, menopause, and beyond? How can we stop women from being overlooked or misdiagnosed because they don’t have the traditional face of PD? Core to their concerns, though, is the mental and emotional wellbeing of women living with this diagnosis, the psychosocial supports.

Twenty-four years after Soania was diagnosed, women are still not getting the tailored care they deserve because not enough is known about their specific needs. Soania’s co-author, Indu Subramanian, MD, said, “It’s shocking how bad the care is for some women with Parkinson’s.” They’re on a mission to change this. As they uplift the needs of women in the PD community, it doesn’t just benefit women: more research benefits everyone impacted by the disease.

When a woman is diagnosed with Parkinson’s, it doesn’t just affect her, it affects her whole family. I wanted to know how Soania has talked to her children about the disease.

“My kids have only known me with Parkinson’s,” she said, “so it’s normal for them. My husband and I—we have always kept a very open dialogue with them and an optimistic attitude.”

In fact, Soania says that the presence of PD in her children’s lives has grown them, too. “They developed empathy. But the most important thing they’ve learned is that life isn’t perfect and you have to learn to deal with the challenges that come your way.” They’ve learned their innate power to face obstacles—that they can’t change what challenges come their way, but they can resolve to respond to them with courage.

Soania has also written two children’s books to help facilitate conversation around having a loved one with Parkinson’s. The last of her two books she wrote with her daughters. “Kids really fear what they don’t understand,” she explained, so she wanted to give parents and grandparents and children the age-appropriate language to begin to make sense of it. Writing with her daughters has been cathartic, a chance for them to gather together, process their experiences as mothers and daughters, and use them to uplift others who may be on a similar journey. 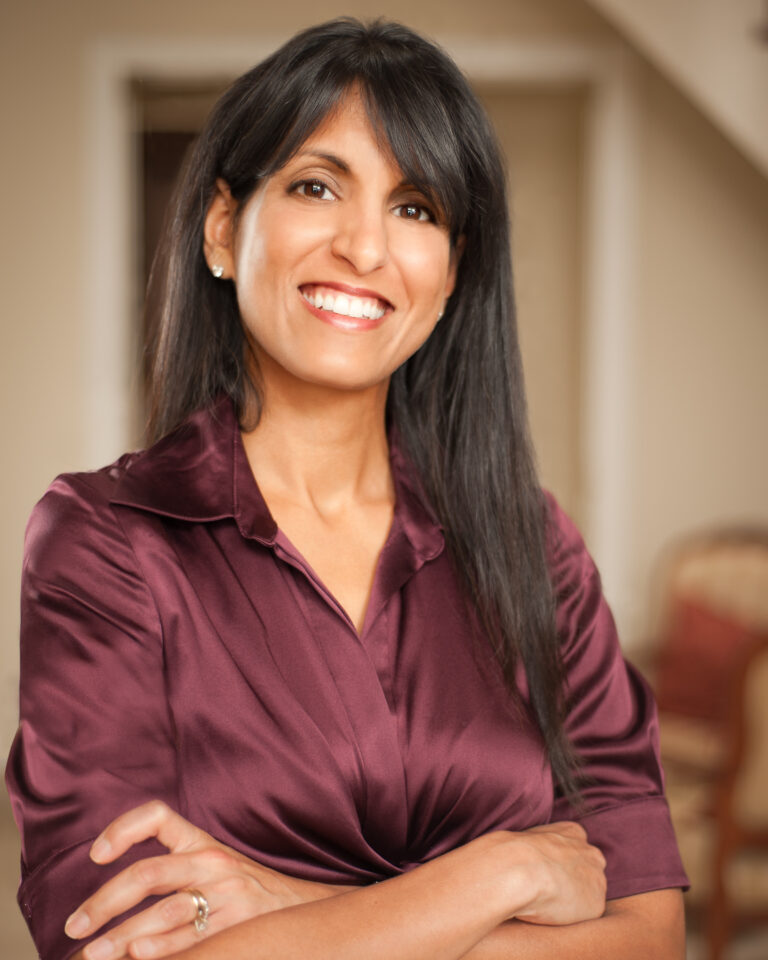 Changing the way the healthcare community understands the unique needs of women with PD matters. “Life with Parkinson disease can be debilitating and disabling for many, and women in particular face a set of challenges our male counterparts don’t,” Soania told me. “And this is only growing. This disease is growing in prevalence and there are going to be many women that come after us who will need and deserve optimized quality of life. This can’t be done without shining a light on their needs.”

While she believes medical professionals need to support the mental and emotional wellbeing of every patient, she also believes that women have the power to support each other. “Life as a woman with PD comes with a lot of stressful circumstances,” she said. “Women seeking the counsel and support of other women is really important.”

For the past decade, Soania has been connected to a group of women with PD who were diagnosed around the same time she was. Sharing this journey with people who truly understand it has been comforting and empowering. “When you meet someone that’s going through the same life experience you are,” she explained, “there’s a bond that forms almost automatically. It’s invaluable.”

This is the truth of human relationships: we are stronger together.

Watch our “Unmet Needs of Women Living with PD” online program and explore the gender gaps in Parkinson’s care and how we can transform them.