“I was in solitary confinement [in prison] with a man who was advanced in his Parkinson’s. It was an extremely horrible experience. The man really struggled to walk or move, but the guards still made him cuff up and walk in his shackles. The guards would taunt him and not take him to medical appointments…There was no care for Parkinson’s. Nurses told him, ‘Just drink water and take Tylenol.’ It was very inhumane and difficult for us to watch.”
-Artie, host and creator of Lessons from a Lifer

Julian’s mom is 95 years old and living with Parkinson’s. “I always wanted to hold her,” he told me. “She’s very fragile now.”

For forty-six years, Julian couldn’t hold his mom. Since he was 25, he had been incarcerated, serving a 300-year sentence. Last month, after 46 years behind bars, at the age of 71, Julian was rolled in his wheelchair through the prison gates into freedom—and into the loving arms of his mom.

His lawyer, Molly, said, “It was so beautiful for them to see each other and remember each other.”

While Julian was incarcerated, life continued around him. Family members celebrated, grieved, experienced shifts in their lives, some of them the kinds of shifts no one asks for. “I knew about Parkinson’s,” Julian told me because, while serving his sentence, his mom told him she had it. Then his sister. “I didn’t know if it applied to me,” he said. But he suspected it did.

The first time Julian brought it up to the prison’s Medical Director, she told him matter-of-factly, “You don’t have it. You don’t tremble.” She assumed shaking was the only determination of his disease state. But, eventually, in 2012, Julian got her to agree to send him outside the prison for further testing. There, it was confirmed: he had Parkinson’s, too. 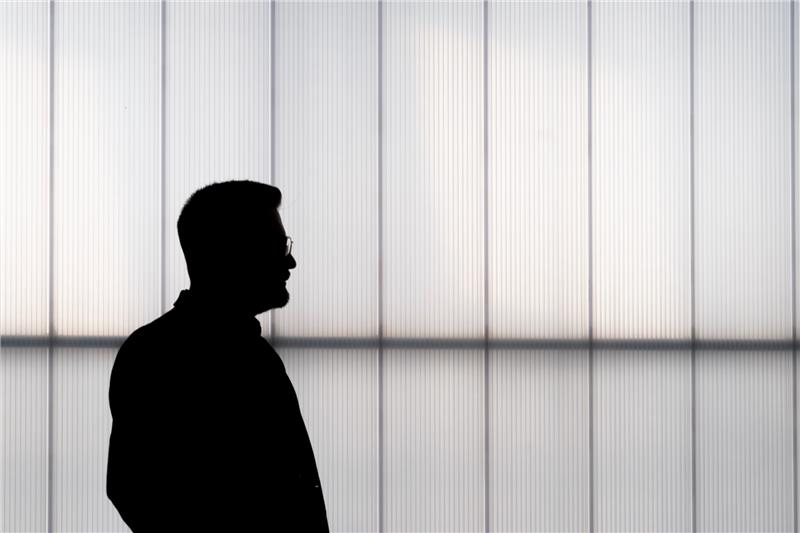 Parkinson disease is the most rapidly expanding neurological disease in the world. It is a global phenomenon, one that links us to people next door and halfway across the planet. It connects us and, yet, it is a unique experience: symptoms manifest differently from one person to the next and, globally, there are huge disparities in access to care. In fact, it’s estimated that half of the people with PD worldwide are not diagnosed and, therefore, not treated.

You may find it natural to feel compassion for someone who’s struggling with Parkinson’s but never receives the diagnosis or the treatment they need. But you may wonder: why should you care about the story of a man in prison?

What I invite you to do is listen. To get curious. To explore what Parkinson’s care looks like in unexpected places, including hidden away places like prisons. When we deepen our understanding of healthcare disparities, no matter where they exist, treatment gets better for everyone. We all benefit. And as we listen to others’ stories, we may find ourselves nodding along, discovering even a touch of the familiar in someone we once thought was so different.

Do People in Prisons Get Healthcare?

William Weber, MD, MPH, the cofounder of the Medical Justice Alliance who provided expert testimony that helped secure Julian’s medical release, says, “We know that prison is a determinant to health. It has a real health impact and, especially for patients with chronic medical issues, it can be dangerous.” In fact, he explains that, for people in prison over 55 years old, their life expectancy drops by about two years for every year they’re in prison. “It’s almost like they’re aging twice as quickly.”

“Prisons are not set up to have the resources people with chronic medical conditions need,” Dr. Weber explained. “There’s maybe one medical professional for hundreds of patients. This means there’s a significant gap in care. And, even when they do get care, it’s almost always suboptimal.”

The Cost of Having Parkinson’s in Prison

Julian knows what it’s like to struggle to see a doctor or get the treatment he needed. After his diagnosis in 2012, he was prescribed carbidopa/levodopa, but as Dr. Weber told me, “His appointments were very far and few between. He wasn’t having good physical therapy or close monitoring,” which Parkinson’s patients need.

As Julian explained to me, the cost to see a doctor was one of the biggest barriers, besides the inadequate doctor-to-patient ratio. Until recently, when the medical co-pay was abolished, it cost $5 to see a doctor or for any sort of medical treatment. “If you wanted to get two Aspirin for a headache,” Julian said, “it was $5.”

$5 may not seem like much, but people in prisons get paid pennies on the hour for their work. According to the Prison Policy Initiative, “incarcerated people earn between 86 cents and $3.45 per day for the most common prison jobs. In at least five states, those jobs pay nothing at all.”

By the time Julian was diagnosed with Parkinson’s and moved to the hospital unit within the prison, he was too sick to work (though he previously held many jobs throughout his sentence). This means he was given $10/month from the state. His lawyer, Molly, explained, “If you wanted to see the doctor once, it could take almost your whole bank account for the month.” In fact, that same $10 not only had to go toward seeing a doctor but had to be stretched to “buy your soap, your food, to call your family. The $5 copay was a big dig, especially for someone like Julian who had many medical problems.”

Prisons also charge for diapers, which Julian needed, as well as for wheelchairs. Over the course of many years, Julian was able to slowly pay off his wheelchair. If he hadn’t been able to pay fully by the time he was released from prison, they wouldn’t have rolled him through the prison gates; they would have taken the chair back and left him, unable to walk, at the curb.

One of the biggest problems Julian faced was not having 24-hour support. He did have an aide a few hours a day, which was another incarcerated individual whose job it was to support him. But, especially on weekends, Julian was left to care for himself. Molly shared, “Transferring, or moving from his chair to his bed, was difficult, so he’d fall a lot. In the shower, he wasn’t allowed to take baths. He’d have to sit in a chair in the shower, but sometimes he’d slip out of the chair and would be lying on the floor of the shower for an hour with no one to help him get up.”

Julian was falling so frequently and sustaining injuries that he eventually requested a helmet from the prison. “They gave helmets to people experiencing seizures,” Julian said, “so I thought I should get one to protect my head. They told me I could have one, but they never gave it to me.”

Still, Julian thought he was lucky. His sister also has Parkinson’s and Julian told me, “I’ve been fortunate enough to not fall like my sister, who fell and wound up upside down in the bathtub. That was scary. I’ve fallen and hit my head, but I’ve been fortunate to never hit it hard enough to knock me out. I would try to put my hands around my head as I was falling.”

The prison was not equipped to meet his needs.

Molly went on, “With Parkinson’s, it’s often difficult to swallow. Julian would get his food, and it would take him hours to finish it. Sometimes, the guards would come around to pick up the tray before he’d been able to finish eating. Or, sometimes, they’d have count”—where every incarcerated person needed to be in a specific place to be counted —”and since Julian often couldn’t move fast enough to get where he needed to go, he’d get a disciplinary ticket for that. In fact, you can get incontinence with Parkinson’s, and if he had an accident, he’d get written up for a disciplinary ticket for that, too.”

With Parkinson’s, medication on time, every time matters. Because Julian struggled to get around, if he needed his medication and no one was there to help him, he just wouldn’t get his medication.

We All Want Dignity

Molly and Dr. Weber advocated for Julian’s release after 46 years behind bars because they didn’t feel he could receive the care he needed where he was. “He’s not a threat; he’s turned his life around,” Dr. Weber told me. In fact, while incarcerated, Julian earned his Bachelor’s degree, became a paralegal, mentored other men inside with him, participated in healing programs and turned to Buddhism and nonviolence, and even wrote his own legal briefs. “He touched a lot of people,” Molly said.

Julian has been home for about a month and is living in a care facility. He’s gotten to see his whole family, including his brother who cares for their mom and sister with Parkinson’s. “Now,” Julian told me, “I want to be an advocate for people with Parkinson’s in prison.”

At the end of our conversation, I asked Julian what gives him hope. “The fact that I’m out gives me hope,” he said. “We need a little more compassion while we’re in there. But I’m grateful: I know people who were locked up for 50-something years. I only got 46. It’s a mental battle as well as a physical battle. If you lose hope, you can lose everything. That’s it.”

Expressive letter-writing can be therapeutic and healing. Flex your empathy muscles by exploring The Compassion Prison Project and consider writing a letter.