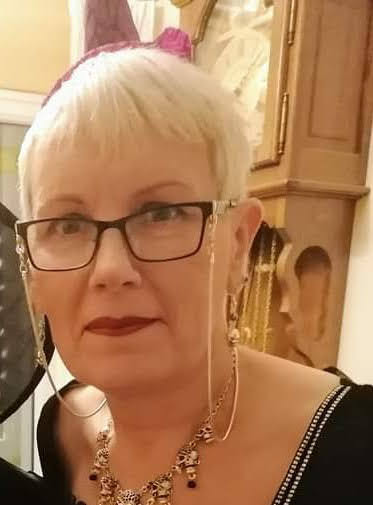 When Karen Missenden’s doctor recommended deep brain stimulation (DBS) three years after her Parkinson’s diagnosis, she told me, “My actual words to him were, ‘You’re joking, aren’t you? There’s enough going wrong in my head without some bloody doctor getting inside it.’”

I first connected with Karen over Zoom. She was cozily drinking tea from her flat in Lincolnshire in England as we spoke. She was both earnest and humorous. A friend had forwarded her an email from PMD Alliance about a DBS program we were offering. “When I saw it,” she said, “I knew I had to tell my story.”

In 2013, Karen had shoulder surgery. She was working full-time as a manufacturing operator in a semiconductors factory near her home, and biked to work most days. Everything seemed usual until she noticed a strange sensation in her arm six weeks after surgery. She brushed it off, figuring it was nerve damage from the operation.

When her doctor confirmed it, her gut response was, “Oh, sh*t.”

Is DBS the Best Option?

The diagnosis was the kick-off to deeper probing. She was peppered with questions: “Is your eyesight poor?” “How are your legs?” She responded that she was fine, no other symptoms than the pinky twitch.

All it took was six weeks. Within that time, Karen rapidly declined. “I started getting really bad restless leg syndrome at night that would wake me up and take two hours for my leg to calm down,” she explained. “My doctor started me on a very low dose of dopamine-agonist drugs.” But the low dose wouldn’t last. “Within 18 months, I was on the maximum dosage he could prescribe.” Her walking started to deteriorate, which dominoed to intense hip pain. Her daily habit of biking to work became impossible and she was having three to five dystonia attacks every day. When she took medication for it, she’d be washed over with nausea.

Her doctor sensed what she didn’t want to admit: living like this was unsustainable. When he suggested DBS, she used humor to mask the fact that she was terrified. But her doctor wanted her to hear him, to see this as the only good option left. “He just looked at me,” she said, “and told me, ‘Karen, I think DBS is the best thing for you.’ Once again, I said, ‘Oh, sh*t.’”

“What made you go from ‘Hands off my brain,’ to saying yes to DBS?” I asked her.

I knew my husband at the time couldn’t decide for me; this had to be my own decision. I felt very much alone in it.”  The morning she was scheduled to meet with a specialist to discuss her potential brain surgery, she had three aggressive dystonia attacks in an hour and a half. “I know stress can set it off,” she told me, “but I wasn’t rushing. I gave myself plenty of time to get ready. After the third attack, I thought, ‘I can’t be any worse off than I am now.’ I went to my appointment with the decision already in my head: I was going to say yes.”

Leading up to the surgery, Karen took it day by day. She continued her online research of DBS, but refused to watch any videos of the actual surgery. She was terrified she’d have to be awake during the procedure, but because her DBS sought to relieve her dystonia, not a tremor, she was able to be anesthetized.

The day of her surgery, the hospital was near full capacity and her surgery kept getting delayed due to other emergencies. “I remember finally being on my way to the hospital theater with my husband, moments before I’d be put under, and I started to lose it. I remember bawling like a baby. I was so scared. My husband said to me, ‘Do you want to pull out?’ I said ‘No, but that doesn’t stop me from being terrified.’”

She woke up seven hours later with the sensation of a nurse touching her face. The probes were positioned successfully; the doctors were happy. There was hope.

Karen remembers the moment her DBS device, created by Boston Scientific, was switched on for the first time. “My foot was twisted because of dystonia. As soon as they switched me on, my foot normalized. I responded immediately and I was on the lowest possible setting.”

It’s been five years since her deep brain stimulation surgery. Karen reflects on it daily. “I’m end stage Parkinson’s,” she told me. “I should be stuck in bed or, at best, in a wheelchair. Instead, in the five years since I’ve had DBS, I’ve had only 2 dystonia attacks.” She used to experience three to five aggressive attacks a day. “I’ve been off medication ever since my surgery. My tremor is virtually invisible,” she said as she lifted her steady hands to the camera for me to see. “To say it’s been effective is an understatement.”

In fact, Karen’s started replacing the DBS acronym to stand for something else. “I don’t even call it deep brain stimulation anymore,” she told me, “I call it a more jovial name. When something is so brilliant you couldn’t be without it, in the UK we say it’s ‘like the dog’s bullocks.’ I call DBS the Dog’s Bullock’s Surgery, that’s how well it’s working.”

Karen paused to laugh before turning serious. “It took me a while to admit this to myself, let alone someone else,” she said. “A few years after my surgery, someone asked me: ‘Karen, what would you have done if you hadn’t qualified for the surgery?’ I looked him right in the eye and said, ‘I wouldn’t be here anymore.’

“I told him the ultimate way I could have taken control of my Parkinson’s is to end me. If I end me, I end the disease’s control on me. If I hadn’t qualified for the surgery, I’d have ended my life. That’s why I say DBS saved my life, literally.”

DBS and a New Lease on Life

Today, Karen says she’s most grateful for being able to live a normal life. “I do my own cleaning, my own cooking, my own ironing.” She lives in an apartment by herself and has two cats she looks after. “If I hadn’t had DBS, I wouldn’t be able to live here on my own. Or be able to jump on the bus and go into town to do some shopping. I’ve started a new relationship in the last couple of weeks. Five years ago, I wouldn’t even have bothered.”

“I’m 56 years old,” she told me. “Now I don’t have to spend the rest of my life in bed.” She’s ready to appreciate this unexpected gift of time and soak up life.

And she’s committed to giving back. “Now I use my knowledge to help teach others.” Karen shares her stories with student nurses and other health professionals, educating them about DBS and her journey.” She believes in using her life to make an impact.

“I’ve been given 95% normality with DBS. I don’t take any levodopa or dopamine agonist. I don’t take any Parkinson’s meds whatsoever.” She admitted, “I know DBS isn’t a cure and doesn’t provide the same effect for everyone, but I want to use my experience to help others.”

She paused before saying, “Can I ask you a favor? If anyone wants to talk to me personally, can you please give them my email address?”

Karen embodies the essence of gratefulness—a gratitude so full that is overflows from her to be shared with others.

Learn more about how Boston Scientific’s DBS device may be able to help you.