Christine Jeyachandran was an Australian living in Peru with her husband and three kids when she was diagnosed with young onset Parkinson’s.

She began searching her community for help but, strangely, couldn’t find any. No movement disorder specialists. No support groups. No exercise classes. She knew there must be other people living with the disease in her city, but it was like the community was hidden away.

She decided to dig deeper.

A decade after her diagnosis and one year after returning to Australia, Christine sat down with me over Zoom to talk about her experience. “It was really challenging where I lived in Peru,” she said, “because the healthcare system was limited.”

Christine and her family had traveled to Peru to work with the church. She and her husband studied theology; he set out to work with students in Peru and she got involved in the women’s ministry. They expected to explore spiritual health, but they didn’t expect Parkinson’s and the intense community- and resource-building efforts they’d eventually embark on in the Peruvian movement disorders world.

Outside of the capital city, Lima, Christine told me, “most people don’t have the support they need. In the city I lived, there was no movement disorder specialist, just general neurologists,” who don’t really have the specialized knowledge they need about Parkinson’s. In Lima, resources are more available but they still remain out of reach for most people who can’t get to the city because of distance or expense or because they don’t have the health insurance to cover their care.

The more she dug into the movement disorders community, the more she realized that people in her local towns and cities with Parkinson’s exist, of course, but their limited access to support and the ingrained stigma against them kept meaningful awareness and education from reaching them. 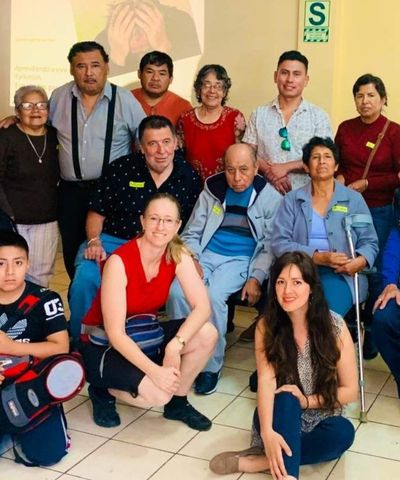 Uncovering the Hidden Faces of Parkinson’s

After her diagnosis, Christine wanted community and connection. She wanted to join a support group. “But there was nothing in my city,” she said. Determined, she decided to start her own. The problem was that she couldn’t find anyone to join: “People were hiding.”

In fact, while trying to start her support group, Christine came across a neighbor with Parkinson’s by accident. She invited her to join, but the neighbor insisted she wanted to keep her diagnosis private: she was afraid to let anyone know she was living with the disease.

Christine was quick to point out that this misinformation was widespread, regardless of an individual’s education level. “I met a lawyer for a government department who was living with Parkinson’s,” she explained. “You think he would be educated about the disease he has. But, one day, he saw a Spanish-language Parkinson’s manual sitting on my desk. I had printed it off the internet. He asked me what it was.”

When Christine explained that it explored the details of Parkinson’s, he asked if he could borrow it. Christine told him he could have it. When he came back to report on what he read, he was surprised: “He was shocked that he never knew any of the information within it. He said, ‘Christine, what this book told me contradicted everything my doctor told me.’” His doctor had told him to walk slowly and be careful, told him to give up dancing, which he loved, and not to exercise. “Everything he had been told was wrong.”

It Starts with the Women

While stewarding her women’s ministry, Christine had a revelation: “I started to note the role of health in families, how there’s so little education,” she said. And, yet, she was realizing that women control much of their household in terms of health.

This was her aha moment: if she wanted to begin raising PD awareness, she had to start with the women. She began discussing with them health concerns and a general lack of education about diet, health, and exercise. She started encouraging them to care not only for their family’s spiritual health, but their physical health, too.

When the subject of Parkinson’s would come up and they’d worry it was a curse from God, she’d explain that Parkinson’s is something scientific, not the result of something you did wrong.

Changing the culture of stigma began here, one woman at a time.

Building a Community of Resources

Christine began to make a name for herself as a Parkinson’s advocate in the community. One day, a woman in El Salvador reached out: “How do I start a Parkinson’s organization?” she asked Christine.

Once again, it was a revelation: together, they could make a difference. What if people across Latin America who are informed and empowered about Parkinson’s connected and pooled their resources? What if these people created their own local networks to disseminate the much-needed resources to their communities? Everyone would benefit.

This seed that was planted that day eventually blossomed into the Alianza Iberoamericana de Parkinson, an organization committed to sharing Parkinson’s resources across Latin America by connecting those on the ground with the support and information they need. They’re also committed to building a local network of health care professionals to educate and motivate them.

Christine emphasized the power of the local networks. “We foreigners can help a lot.” But without being on the ground, we can’t tap into the true needs of the community. She realized that sharing advice like, “It’s important to exercise,” can only go as far as the community’s access to resources: if there’s no exercise class, following through on that advice is much more challenging. Having local organizers listen to the needs on the ground and act from that informed place creates meaningful change. This allows resources and information to be tailored to a community and a culture. For Christine, this is the essence of public health.

“Sometimes, things happen for a reason,” Christine told me. I wanted to know if that includes her Parkinson’s.

“There’s a passage in the Bible that talks about weakness and strength, and how God can use us in our weakness for his glory,” she said. “For me, that’s been true. I feel like I would never have had the opportunities I’ve had” to educate and connect with the Parkinson’s community if not for Parkinson’s. “It’s like a strange gift God has given me to help others.”

Today, Christine continues to support the Alianza Iberoamericana de Parkinson and raise awareness, She shares her message on her YouTube channel, choosing to be a beacon of hope: “If I’ve learned anything,” she insisted, “it’s that we are much more capable than we can imagine.” 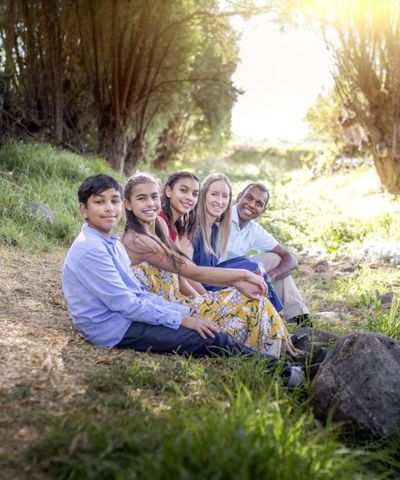 Once you’ve applied Ellen’s tips for bringing more beauty into your home and life, discover how an occupational therapist can help you savor it longer by maintaining your independence at home. Christine’s flying in from Australia to speak at our ALL IN!™ Summit for Community & Support Group Leaders in Washington, DC, October 22-25. Join her as she shares her “What Not to Do Guide”— the mistakes she experienced on her PD journey and the insights she gleaned from those hard lessons.