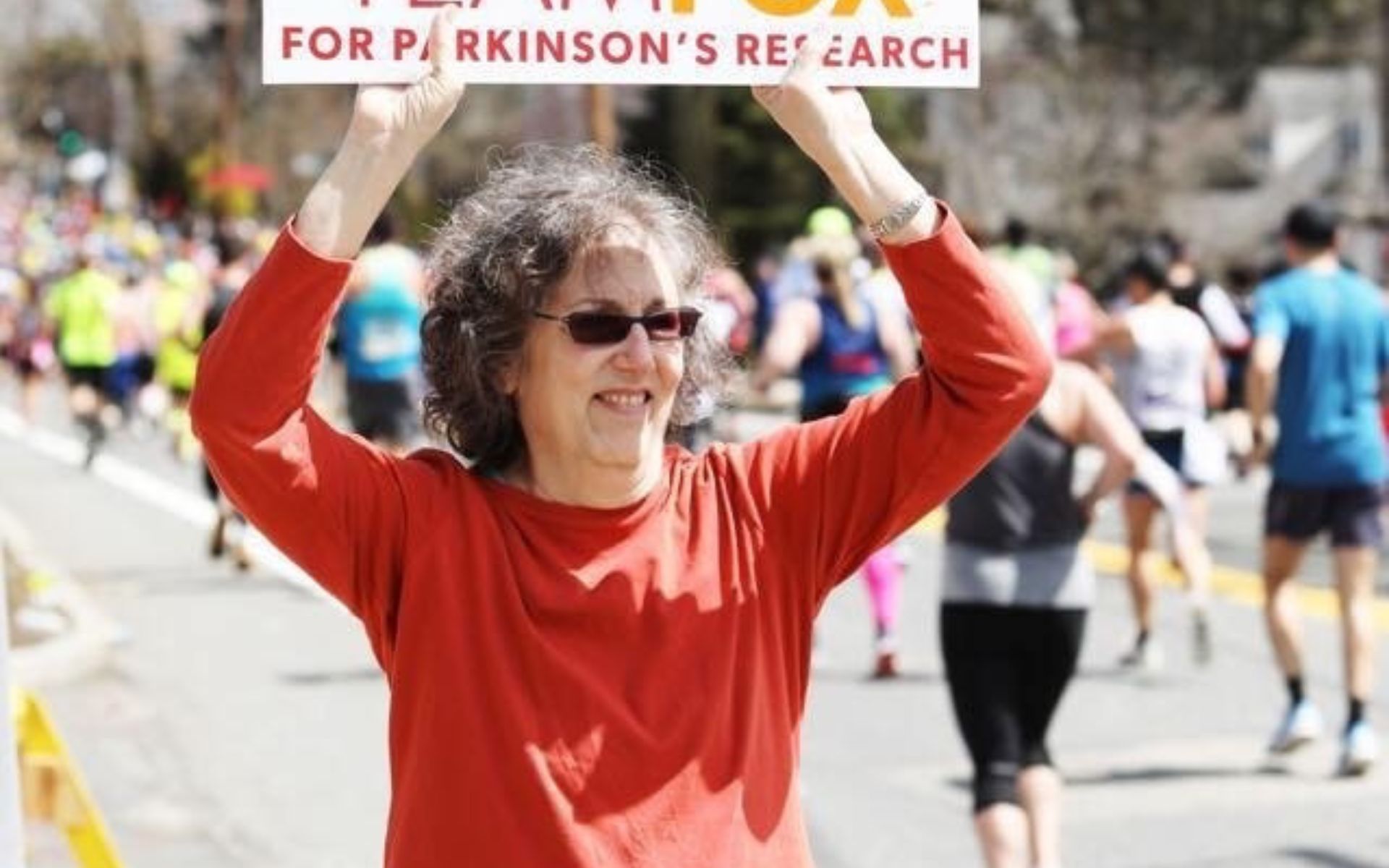 Cindy, who’s living with Parkinson’s, has been hosting support groups for fifteen years. But it wasn’t until the pandemic hit and she found herself stuck home and lonely that she had a revelation: what if she took her suddenly-shuttered in-person support group and brought it online?

What unfolded over the next year had such a profound impact on Cindy that she was calling to announce it to the world: I started a virtual support group and it was so easy that you should do it, too.

Until There’s a Cure, There’s Community

Cindy never thought her virtual support group would work. “I’ve had this mantra,” she said, “that until there’s a cure, there’s community. But I’ve always said that you have to meet people in person to have community. Turns out, I’m wrong.”

It was in the middle of the COVID lockdown that Cindy felt her loneliness heighten. “I was going crazy,” she said. “I just felt so alone. And loneliness, I believe, is the number one reason that people with Parkinson’s decline.” Cindy used to be connected to an in-person Parkinson’s community, but the pandemic’s social restrictions took a toll on her group of friends and, by August 2021, she felt like “only a few of us were left.” She needed friends.

With no other options, she decided to do the thing she said she’d never do: take her search for friends in the Parkinson’s community into the virtual realm. She didn’t know how to spread the word: “I just wrote in one of the women’s forums I’m part of on Facebook that I’m starting a virtual support group for women with PD. That was it. I hoped it’d be like Field of Dreams: if you build it, they’ll come.”

After some reflection, she realized there was no downside: if no one came, no one would know and she wouldn’t be embarrassed. Laughing, she said, “and if 400 came, well, I’d be in trouble. If four came, I’d be okay.” She picked a date and time, posted the comment on Facebook, and waited. 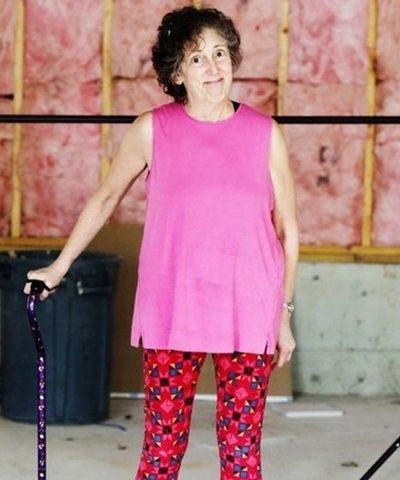 A Place Where Our Troubles Are All the Same

When Cindy started her group, she knew a few things for sure.

One: This was going to be a group for women only. “Men don’t talk,” she told me, laughing. She wanted women who were ripe for conversation.

Two: This was not going to be a support group with planned speakers or weekly topics. “It’s just women who like to get together and talk.”

Three: Cindy started the group, but she was not the leader. “Being the expert, making everybody feel better, and summing everything up—I didn’t want to do that. I didn’t need to lead a group; I needed to be in it. I just needed girlfriends.”

In fact, when 20 women showed up for her first meeting, Cindy intentionally held herself back: “I didn’t make the conversation happen, I didn’t fill in the gaps or pick up the conversation when it died by asking a question. I just made a commitment that, for two hours every Wednesday night, I’ll be there, whether people come or not, whether people choose to talk or not.” She was holding the space, no forcing, no expectations.

She teases that the theme song for the TV show Cheers comes to mind when she thinks of her group now: “Sometimes you want to go where everybody knows your name…[and] our troubles are all the same.”

“It’s just like that,” she said, smiling, “except there’s no beer.”

For Cindy, this sense of community has been deeply nourishing. “If a magician came to me and said I can choose right now: I can go back to my life before Parkinson’s and not have Parkinson’s anymore, or I can keep having Parkinson’s and have the life I have now, hands down, I would choose now, which includes Parkinson’s.”

Cindy feels connected, and that’s vital for a good life. “Parkinson’s has the best people,” she said. “And it’s the first time I’ve ever really felt part of a group. The people I’ve met—I can’t imagine my life without them.” She says that any time in her life when she has been disconnected from the Parkinson’s community, she goes downhill quickly.

Parkinson’s has also encouraged her to grow in a way she may not have if she never received the diagnosis. “We all know there’s a time bomb with our name on it somewhere,” she explained, “but we don’t all know the fuse is lit. People with Parkinson’s know the fuse is lit. Suddenly, you realize: my God, I don’t have forever to be the person I was trying to be that I thought I could be later on once I don’t have this stress or that stress, once I get everything settled.” She added, “You don’t have time anymore to delay because of fear. You just have to go ahead with things.”

Cindy spent her adult life up until her diagnosis as a stay-at-home mom. This is a beautiful role and responsibility. Still, she was hungry for more. She had a master’s degree. She always wanted to make her own money. And she dreamed of selling real estate.

PD was the nudge she needed to take the leap. “I was 48, recently separated and on my own. I suddenly had Parkinson’s. Maybe it was time I do something different.” Still hesitant, she got her real estate license and then worried: will I sell anything?

By her second year as an agent, she was the top selling agent in her office. She would sell just fine.

“It’s because I was open about my experience,” she insists. “People who are selling their homes are often going through a transition of some sort. There’s a loss involved; everybody has something going on. I was open about it. So they were open about it—that’s the social worker in me. And it was awesome. They were very supportive of me, Parkinson’s and all, and they trusted me.”

Parkinson’s and all, she seized the day.

A Message for Anyone Who Wants to Find Their Group

This journey has changed Cindy’s life and, now, she wants to pay it forward. She wants everyone to know that, if she can start a virtual support group, they can, too. “You cannot fail,” she insisted. “I was nervous when I first put the idea out there. I felt like I was in seventh grade again, throwing a party. Would any of the popular girls show?” She realized that her group wouldn’t be right for everyone, but the ones who show up and like it, they stick around. It feels meant for them. “It’s inherently successful,” she said. “You don’t have to know about Parkinson’s. You don’t have to talk all about Parkinson’s. You don’t have to be the expert.” 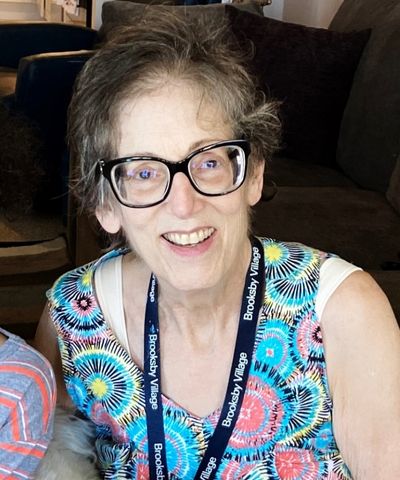 “I wanted friends with Parkinson’s. If you’re a man with PD who doesn’t want to talk about Parkinson’s, you can start your own kind of group. If you’re a person who wants to talk about recipes and cooking for Parkinson’s, you could start a group. If you want to connect with moms of kids of a certain age, you can have a group. Just commit to anything you like. You’ll find people online who want that, too. Just think about it like guys night at the bar or like inviting people over for a cocktail party. You don’t have to take responsibility for everyone. You don’t have to give advice.”

The other reason Cindy wants to pay it forward is because she believes connection is one of the keys to surviving Parkinson’s. When you’re surrounded by community, she explained, “you don’t have to do it all alone. Parkinson’s doesn’t come with a manual, but being surrounded by other people who have lived it and done their research and are willing to share with you helps.” In a support group, she says, “you can depend on other people to understand you. Nobody knows what it’s really like except another person with Parkinson’s.”

“So many weeks, we stay late,” Cindy said of her Wednesday night group. “We laugh and cry at the same time. We share everything. This support group has become my soul nourishment and my survival.”

She believes you deserve this blessing, too.

Community is just a click away. Join a PMD Alliance online support group.