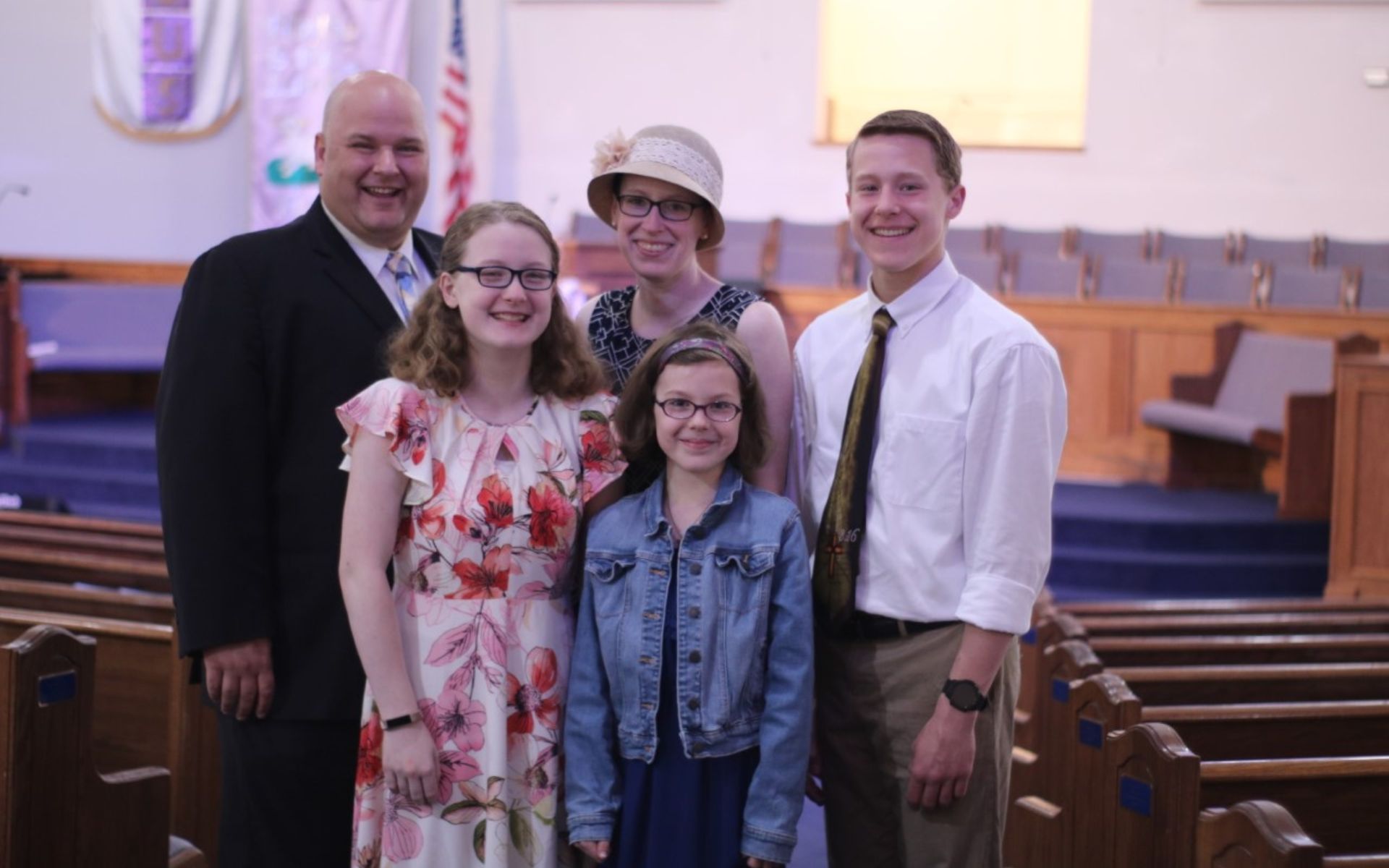 This Mom is Finding the Blessings in YOPD 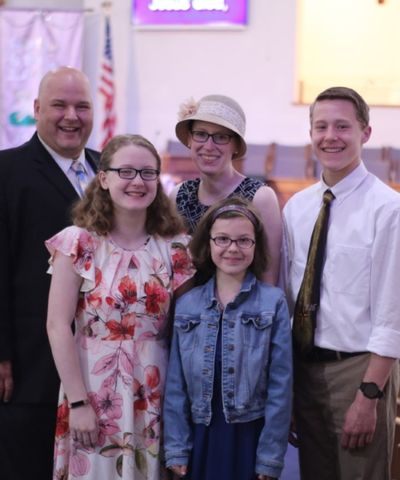 Thirty years ago, when Katie was just a kid, she met Parkinson’s for the first time. She was born and raised in South Carolina on her parents’ fruit farm, and grew up alongside fields of blackberries, strawberries, and peaches.

It was around this time, in the mid-1990s, that Katie’s grandfather was diagnosed with Parkinson’s. “I remember seeing his struggles,” she said. “He was on carbidopa-levodopa; that was all they had at the time. Even medicated, I remember him sitting there on the front porch tremoring. It was 50 degrees outside and he was in a short sleeve shirt, but he was sweating because he was tremoring so much.”

Thirty years ago, this is what Parkinson’s looked like. This was all Katie knew.

Years later, Katie was hosting her town’s local football team at her church, where her husband was the pastor. It was a Sunday celebration for the team, which had gone to the playoffs for the first time in 47 years. She was handing out candy bars to each of the players in recognition of their accomplishment, when she noticed she was tremoring.

Despite her experience with her grandfather, she didn’t immediately think Parkinson’s. “I was depressed. I was apathetic. My hair was falling out. I was losing weight. And I had a tremor. All everybody said is it’s your thyroid.”

This set off a mystery. She got her thyroid tested. Seeing the results come back clear, her doctor dismissed her pain, told her she was crazy, and insisted she find a psychologist. She changed doctors.

The second doctor did “every test known to man,” Katie said. Still, nothing.

Four months later, she found her way to a neurologist who diagnosed her within 15 minutes: “You have Parkinson’s.” In the moment, Katie felt relieved: “We finally knew what this giant was that we were fighting.” But by the time she and her husband got in the car to drive home, old memories crept back in. “I lost it. I remembered what my grandfather’s journey had been, and I knew enough to know it wasn’t something I wanted.”

When you’re diagnosed with Parkinson’s, it doesn’t just impact you; it affects your whole family. Katie lives in Alabama with her husband and three kids, whom they homeschool. She tells me she’s “blessed to be a stay-at-home mom.” But taking care of her children, who were 11, 8, and 5 when she was diagnosed, and really being present for them has been hard.

“The hardest part,” Katie said, “has been the fatigue and not being able to do what you want to do as a parent.” She paused after she spoke. “Sorry, this is hard to talk about.”

When she was newly diagnosed, she and her doctors were still sorting out her medications, and she remembers having to tell her kids, “We don’t know what it’s going to do yet. We don’t know how mom’s going to react.”

Katie was diagnosed in March 2019 and had already planned a Disney World trip with her family in September. “This was going to be our first really big outing and I didn’t know how I was going to physically make it through Disney World. All I knew is I was committed, even if we had to get a wheelchair for me.” She said she prayed over it.

Her prayers came through: right before their trip, Katie finally got an appointment with a movement disorder specialist. The specialist came up with a plan for her medications; Katie made it to Disney World, “pulling through those long, 10-hour Disney days with the kids.”

Life with Parkinson’s is rarely stagnant. By the time Katie returned from Disney World, her doctor had to continually up her medications. By the following year, her doctor looked her in the eyes and said, “You need to have DBS.”

Her first reaction was, “No, I’m not doing that.”

But Katie began to consider not just the impact of her Parkinson’s on herself, but her children. “I realized that quality of life is not just my life, it’s our lives. I was going downhill quickly.” Despite her fears, she knew it was time. By February 2021, she had her first DBS procedure. By March 2022, she had her second. 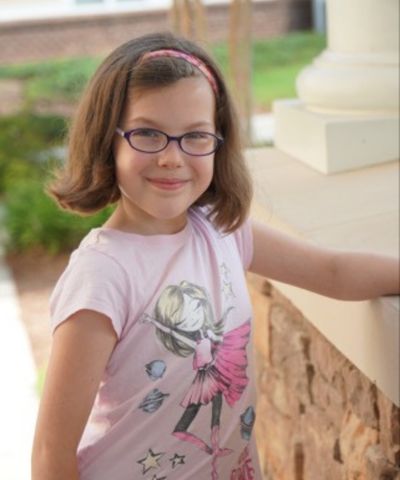 The Blessing of Support

“It has been life-changing.” Describing her experience with DBS, Katie smiled and shared that her kids have been able to see her “go from non-functioning to a mom who can function, who can hang with us.”

This journey has also shown Katie the power of an extensive support network. “We have a fabulous church family,” Katie said. “I’ll never forget this moment: when we were still trying to figure out what was going on with my health, they were praying over me. One of our older members prayed, saying, “God, we’re ready to hear her laugh, again.”

After her two DBS surgeries, her church family fed her and her family for weeks. They take care of her kids when she’s having a hard day or has a doctor’s appointment. In fact, even her grief has been shared: “When I was diagnosed, we had to walk the road of grief with our church family before we personally grieved the diagnosis.”

Katie believes grieving is necessary. Not because it’s the end of the road, but because “it’s not the road we expected.” You have to let go of your plans and imaginings and make room for this new path. “It’s just a different road,” she explained. “And you decide how you walk down that road.” She insists that walking down that road is done best with community at your side.

Her church community has been a blessing, but it is others living with Parkinson’s who can truly connect with her journey: “Nobody understands like the Parkinson’s community.”

“You can put fifty of us in a room together,” she said, “and we’re all going to look different and respond differently, but we’ll get it. The rest of the world doesn’t. My husband doesn’t get it, even though he watches me day in and day out. He wants to get it, he tries, but he can never fully understand” like someone who’s living with the disease.

Today, Katie describes herself as a “support group goer.” She said she struggles, sometimes, because she’s often the youngest person in her local groups by 30 or 40 years, but she shows up. She also relies on Facebook groups and the friendships she’s built there with others who were diagnosed young and experiencing the disease while raising children. “That’s where I feel connected.” 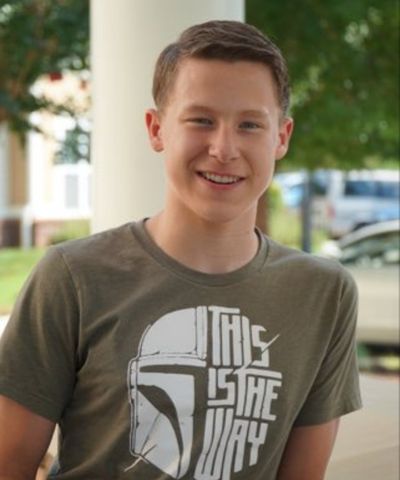 As a woman of faith, Katie felt, even from the beginning of her diagnosis, a sense that God has a plan for her. Still, she is human. I wanted to know was there ever a moment where she doubted or questioned her faith after Parkinson’s. “Did you ever wonder, ‘Why did this happen to me?’” I asked her.

“I didn’t doubt my faith,” she said. “There’s obviously a question of why—why me? Why us? Why now?” She realized she is not different than anyone else, not special. Why not her? She explains that this was the revelation she had to come to in order to “choose each day how I was going to live. Was I going to sit in the depression? Was I going to wallow in the circumstances? Or was I going to get up and trust God for what he has for me today and keep going?” She chose to keep going.

In fact, today, she continues to look for the blessings in her Parkinson’s. She and her husband started a YouTube channel three weeks after she was diagnosed. They have no family where they live in Alabama—many of their family and friends are in South Carolina or Georgia, and they’ve built friendships around the world. They wanted to be able to share their journey.

But the channel gained traction beyond her circle of friends and family. When her husband posted a video on her first DBS surgery, it got 10,000 views. She feels like her message is reaching people and helping them on their own journeys. “I feel like I’m in a unique position to be able to reach people I wouldn’t have been able to reach otherwise.” She has discovered the blessing of unexpected purpose and connection.

“God is good,” she said. “He doesn’t leave us when things get hard. Even on the hardest days, He’s still going to be there. And his plan is bigger than we are.”

On the hardest days, Katie says she looks at her children as a reminder: “Yes, the laundry piles are huge. The dishes can be annoying. But it’s a reminder: I have today and I have them. I have to keep going.”

She also remembers her grandfather and realizes how different her journey is from his. “I have the resources he didn’t,” she says. “I have the Parkinson’s community that he didn’t. At the time, our family did everything we could for him, but things are so drastically different now in the medical field from when he had it.”

Today, she believes fervently in possibility and persistence. “Just don’t give up,” she says. “There’s hope.”

“You’re too young to have Parkinson’s!” Loneliness, misunderstanding, and invisibility are all too common in the experience of living with YOPD, but we can change that. Join us for our YOPD Connections online support group.