It wasn’t love at first sight. When George and Judy met, he was dating her college roommate. But by the time summer rolled around, something had shifted. Judy’s roommate decided to transfer to a different school and Judy called up George just to say hello. George laughed as he told me the story and said, “Little did I know what I was getting into when I picked up that phone.”

They started out as friends but George recalls the first time he knew that maybe there was something more between them. “I’ll never forget it,” he said. Judy needed a ride somewhere and, when she got in his car, she didn’t scooch up right next to him, but she didn’t sit far away by the door, either. “There was hope,” he smiled.

As Judy tells it, a couple years later, they “ran off and got married.” She was 20, a year too young to get married where they were living in Alabama, so they crossed state lines to Georgia and got hitched. Judy was still finishing school and they remember apartment hunting, struggling to find something they could afford. They ended up finding a garage apartment made out of an old barn that the landlord let them rent, furnished, for $50 a month. It was 1964.

“All we had each week for grocery shopping was $13,” Judy said. “That was just enough to get salt, sugar, flour”–the essentials. George eventually got a better job and Judy graduated and became a schoolteacher. “Suddenly, we felt like we had more money than anybody,” they laughed. They knew they had made it when they could add Coke to their grocery list. “Before that, we’d tell our friends to bring their own Coke when they came over, bring their own snacks. We couldn’t afford to feed them.” Being able to buy Coke was their all-American turning point. 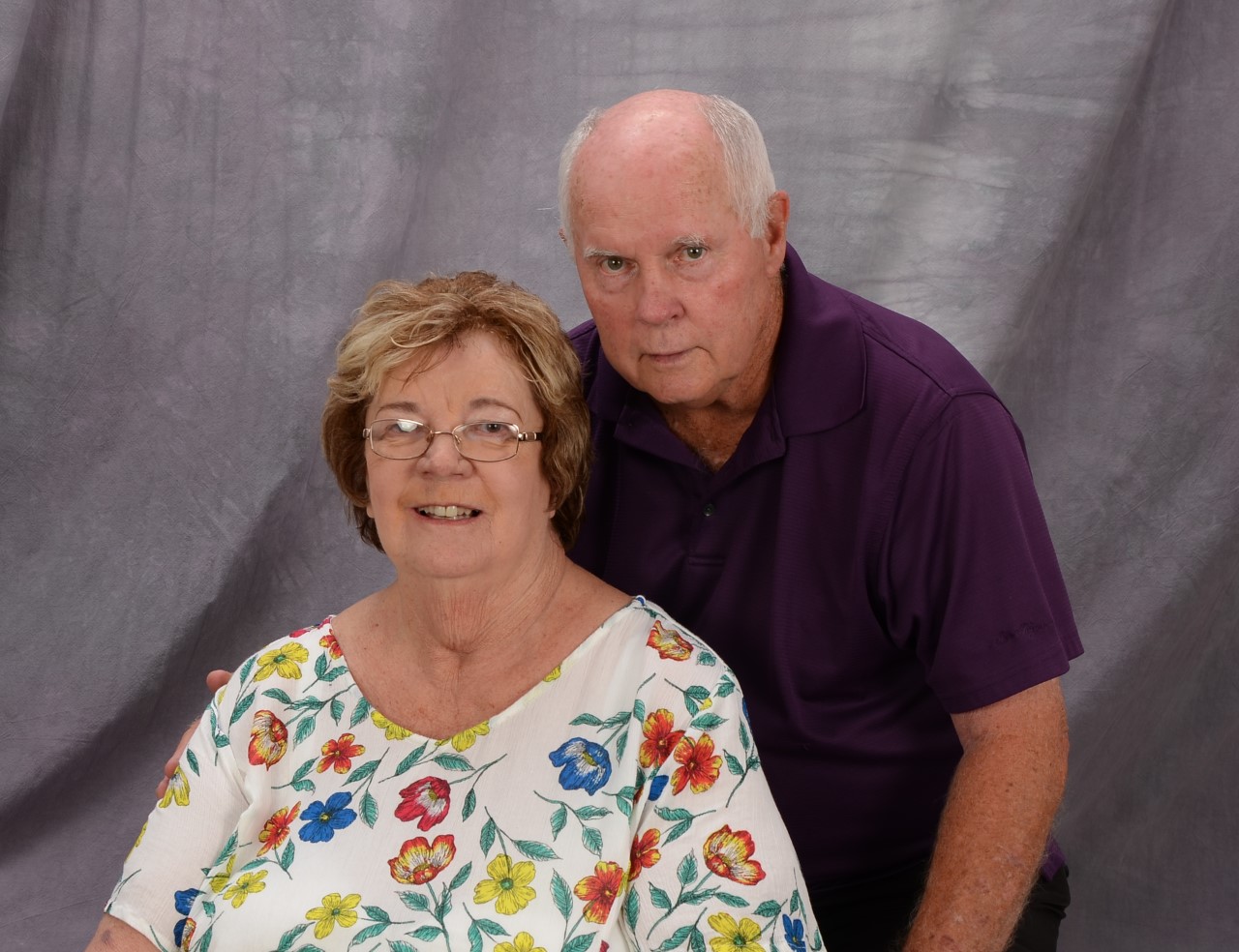 George and Judy have been married for 58 years now. Together, their banter is like a comedy act; they’ve got their routine of stories and George lands each one with a punchline. They’ve found their groove. “No one in my family ever stayed married,” George told me. “Judy took a chance on me with that. But we’ve been together nearly 60 years now…I used to introduce her as my first wife.” Cue his mischievous smile and audience laughter.

Judy attributes their long-lasting marriage to an ability to give and take, and George to the phrase, “Yes, dear.” Jokes aside, it’s clear they’ve cultivated love by delighting in each other’s company, trying new things, and making new friends. They like to bring their “comedy act” to their cruise vacations, telling their stories to new travelers they meet and sharing their overflowing laughter and joy with those around them. Today, they have two grown daughters and nearly two handfuls of grandchildren, all who live within 20 minutes.

But it hasn’t always been easy. There are waves to every life, moments that challenge us and invite us to consider who we are and what matters most.

A few years back, Judy was diagnosed with Parkinson’s. Getting the diagnosis sent her mind running backwards; she started recalling memories of her grandpa, who had it, too.

But she took it in stride.

“When my daughter tells the story of my diagnosis,” Judy said, “She’ll say I called her up, told her to meet me for dinner, that I needed to talk to her and her sister. And I basically said to them, I have it, it doesn’t kill you but you die with it. As she tells it, I was very matter of fact about it.”

Judy continued, “I feel like I just went on with my life. Sure, I’ve had to learn how to slow down. I was a multitasker before. Or I’ve learned to be cautious with my balance or that if you don’t get enough sleep, you’re going to pay for it. You just have to change, that’s all.”

Judy embraced her new normals and that was that.

Two years passed and something curious happened: Judy started noticing similar symptoms in George. “I’m the last one to know anything in this family,” George laughed. “I didn’t notice anything different.” With Judy’s insistence, George went to the doctor and came home with a new diagnosis: he, too, had Parkinson’s.

“I know they say it’s not contagious,” George said, that mischievous smile already on his face, “but I’m pretty sure I caught it from her.” In spite of Parkinson’s, their humor’s still going strong. 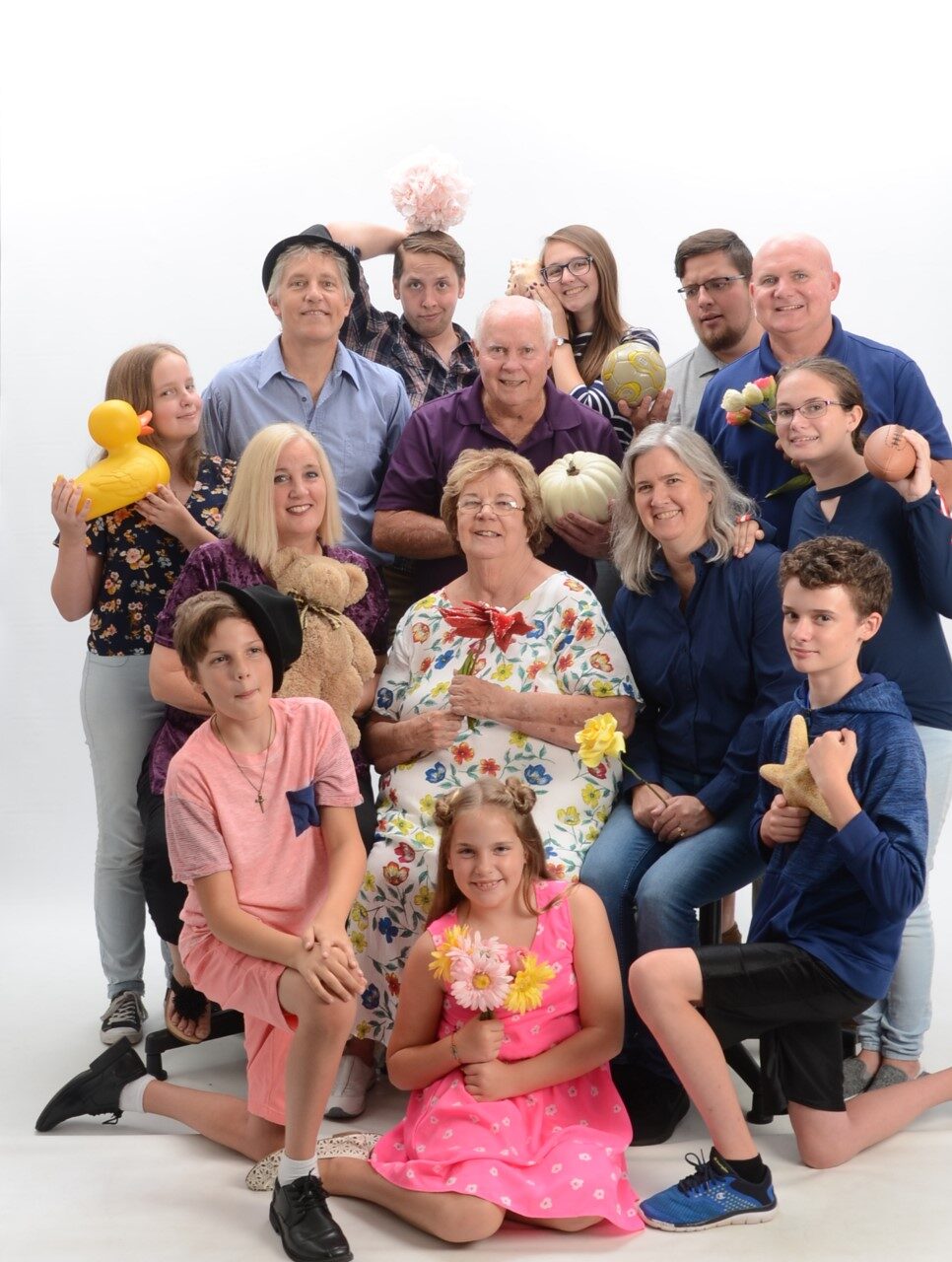 Parkinson disease manifests differently in each of them: for Judy, carbidopa-levodopa has stopped her tremors. “I shake for the both of us,” George said, who has a tremor.

“We fumbled around a bit at first on how to handle this,” Judy said, but have settled on the familiar give-and-take they’ve relied on throughout their marriage. “Some days, I’m the caretaker for him. Some days, he’s the caretaker for me. Some days, we have a really good day and we laugh and everything’s great. And then some days we both have a bad day on the same day.” In moments like these, they’ve learned to give each other space.

“Judy will sleep in,” George says, which leaves him with full control of the TV remote for the morning. “That’s my happiest time,” he laughed, “when she’s sleeping.” Judy laughed, too.

“In the moment,” Judy said, some of the things that go wrong under the influence of Parkinson’s aren’t easy. “But we try to remember that some of these moments become the funny stories we can tell for the rest of our lives.”

They told me a couple of these stories, like the time Judy lost her balance in a hotel parking lot and fell while George was still in the room. When he came out and got in the car, he almost backed over her. Luckily, it was raining and she had an umbrella with her. From her spot on the parking lot gravel, she banged loudly enough on the back bumper with the umbrella so that George stopped, yelled out, “Where are you?” and eventually found her. Or the time neither of them realized they had been driving with Judy’s wheelchair ramp hanging out of the trunk and dragging across I-4, a huge interstate in Florida.

“All those adjustments you go through,” Judy said, “may feel catastrophic at the time, but now we’ve had five years of laughing at the stories.”

They’ve even turned some new challenges into games. “Some days, you feel like every time you turn to pick something up, you drop it again,” Judy explained. “Now we have a contest to see who’s dropping the most…We’re just trying to find some way to make it fun.”

The laughter was still rolling by the end of our hour together, but I wanted one moment to be serious. “Tell me what you love most about each other,” I asked them.

George started with a joke: “I don’t think God intended people to be married for this long. Somehow, we’ve gotten off his plan with our 57 years. But I can tell you,” he said, suddenly more seriously, “there’s no one in the world I’d choose to spend these 57 years with than her.”

The poet Mary Oliver says, “Joy is not made to be a crumb.” No matter the obstacles in their lives, together, they have not feared its plenty: they have feasted. 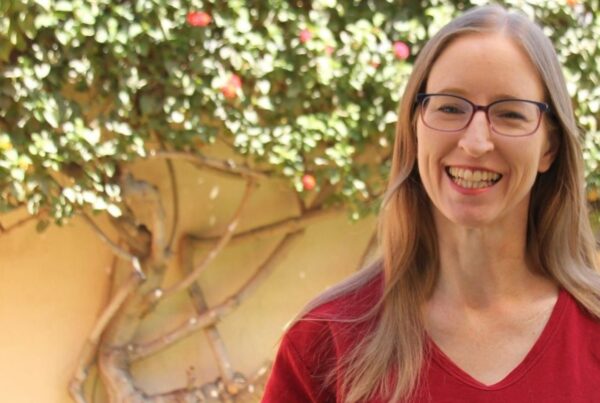